Six°North was established in 2013. The concept was born in Belgium when founder Robert Lindsay fell in love with the country’s beer culture and tradition. He soon returned to northeast Scotland to start brewing his beers, six°north of Brussels. We make modern, artisan beers that are driven by Belgian brewing tradition and inspired by modern brewing practices.

Our beers are unfiltered and carbonated naturally through secondary fermentation. We brew classic Belgian inspired beers, as well as modern, hop-forward styles. We also release a number of collaboration beers each year with other breweries.

Since 2013 six°north has grown exponentially, and we now employ over 80 staff across five sites. Six °north has become a beacon for quality craft beer, and we continue to grow the brand year on year.
We have bars in Aberdeen, Stonehaven, and Dundee with each spreading the good word of six°north. Our bars have a continental feel, with minimal, understated décor throughout. We take influence from our favourite Belgian bars to create relaxed, friendly environments to enjoy great beer with friends.

Smoke & Soul's delicious grub is served until 8.30pm Wednesday-Saturday and until 5.30pm Sunday.

Under 18s are only permitted into the premises when eating a meal and must be accompanied by a responsible adult at all times. Under 18s may not approach the bar or sit in view of the sale of alcohol due to licensing restrictions.

Please leave us a note in the Requests box if you are visiting with someone under 18 so that we can allocate you an appropriate table. 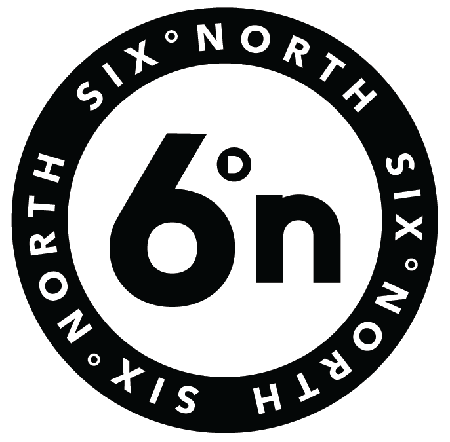 Great beer and great service. Only issue I would say is that when going to the bar to get served it’s quite awkward as the pumps running across the bar are at eye level with the person serving.

Our first time eating there, and we thoroughly enjoyed it, food delicious and my hubby enjoyed the beer selection. Service great. Will definitely be back.

First visit and will definitely return. Food was amazing and portions huge. First time I’ve ever had to take left overs home.

I love 6degreesNorth - one of the best places in town. The beer is always fresh and delicious. Plenty good drink options for non beer people (my mum loved all the drinks she had). Never had food this time but we regularly order food here and for delivery as they have the most amazing loaded fries! Can't praise the service enough - all the bar staff are friendly and an asset to the company. The text at table service is the best I wish more pubs we went to had this. It's a pleasure visiting and can't wait to come back.

Used to frequent the Edinburgh bar, died a bit inside when it closed, really happy that the Aberdeen one is still alive and kicking. Incredible selection of beers, as always, and really helpful, friendly staff. Keep it up, guys!

I would appreciate more vegetarian options re: food. It would also be good if the card machine was offered when stuff is brought out to the table, as a few times a member of the party has left, forgetting they haven’t paid, as usually at pubs one pays when the drinks are brought! :)

Awesome food and drinks….definitely be back very soon

The experience was very good, the food was great, the ambiance was marked down only because there were only 2 other tables.

First time visiting and we loved it! Cannot fault anything. Will definitely be back.

Everything was perfect. Was great that I could take my pup with me. Staff were fantastic as was the food. Will definitely be going back soon.

Great staff, loved the QR code and messaging to order service, second the draught line stock changed they printed out an updated menu and handed it to us which was great too! Lovely service and a great brand too

Such friendly and welcoming staff, offered suggestions for the beer I would like. Food so quick and very nice

Excellent place, staff are very friendly, never tried food here although the menu looks delicious, the beers are awesome, been here a few times now and it’ll continue that way..

First time at the premises. Loved the whole experience of the place. And the food was absolutely spot on in every respect.

Food and drink was first class, everyone in our group loved their dishes. On a slight downside I’m not a fan of the bench seating, would prefer table service and more options on the menu would be nice, but these are very minor gripes

Really great wee bar- will be back. Service was very quick when ordering a drink/food, and food was lovely from smoke & soul. Also a great selection of beers on tap. The only downside was that I noticed a couple walk in and wait to be seated for a good ten minutes and no staff were about to serve them so unfortunately they left. Feel like there needs to be more presence behind the bar itself, as it’s a pity to miss walk ins like that. All in all, a great place and will be returning.

Was there for the beer but looking at the food coming out of the kitchen I’ll be trying it next time.

Food was good and service good.

Food was excellent. Staff were there but no interaction. One sat behind TV at bar looking at phone. Also no acknowledge of order placed by text so unsure if successful.

Food was excellent and service first class. I gave a low number for overall experience as the bar was very cold. Understand this might’ve been due to requirements for ventilation due to COVID. Would definitely recommend and will be back ☺️

it felt like there was absolutely no heating that night. the bar was freezing, there was no sign / note or any sort of apologies from the place / staff about the inconvenience caused, which I found disappointing. everybody was wearing jackets indoors, which isn't right at this time of year. beer selection was also lacking in my opinion, compared the the vast choice there is in general (all 4x tv screens were off and only a handful of beers available)