As first generation Sicilian-Americans, Mario and Anna Burgarello immigrated to America in 1949, and settled in the Knickerbocker area of Brooklyn, New York. For several years Mario worked as a pizza maker until he opened his first pizza place in 1965 in Queens, NY.

In 1972 a family vacation to Albuquerque, New Mexico reminded both Mario and Mamá Anna of the climate of Sicily enough to move their family from Brooklyn to the beautiful Southwest and open the original Mario and Joe´s Restaurant using Mama Anná's "Made From Scratch" old family Sicilian Recipes.

In 1980, Mario and Mamá Anna moved the location of the restaurant to the UNM area and operated Pizza City for over a decade until joining their sons, Joe, Eddy, and Sal at the current location of Mario´s Pizza started in 1986.

The Burgarello Family has been serving Albuquerque residents since 1972, and truly appreciates their loyal customers’ patronage.

We have lived by the tradition of treating Customers like family and are always happy to meet new friends. 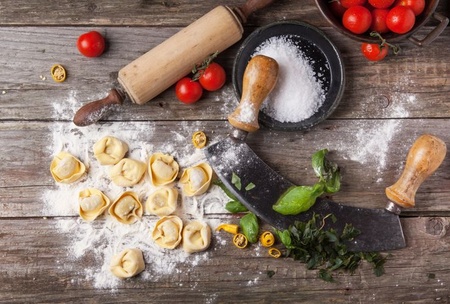