The name "Ronneburg" comes from the medieval fortress in Hesse, Germany bearing the same name, which sheltered the Amana ancestors during their religious persecution over 200 years ago. The building which is currently the Ronneburg Restaurant was a communal kitchen for the colony for many years until it first opened as a restaurant in 1950. The restaurant had been owned and operated by the Oehler family for a majority of its time as a restaurant. It is under current ownership by David and Yana Cutler. 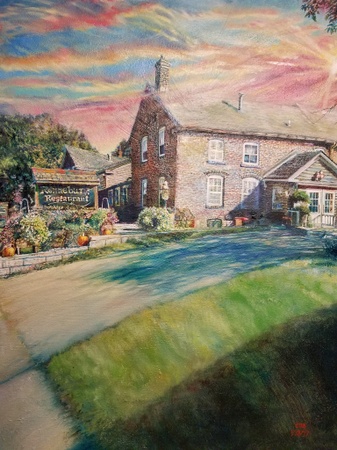