Asanebo dishes gourmet Japanese cuisine to the crowds of Studio City. Tucked into a strip mall, the exterior of Asanebo mirrors the surplus of similar restaurants around town, yet hidden behind the window blinds awaits a luscious Japanese sushi experience. This classy and engaging restaurant differs vastly from other places, from its simple but creative food presentation, to its sophisticated décor. While the menu features signature pieces such as Seared Toro with Fresh Seaweed Sauce, and a selection of cooked and raw dishes, it is the Omakase option that makes Asanebo a top rated spot. This Japanese version of a chef’s choice meal can be served with only sushi, along with two small appetizers and soup, or a fuller version including signature dishes and specials. Each course in the Omakase outshines the previous, with a chef designing the meal according to the diner’s taste. With quality cuisine and a classy atmosphere, Asanebo remains a haven for sushi lovers alike. 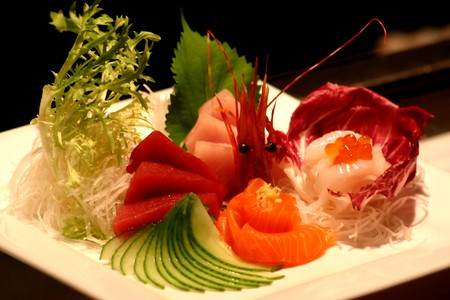