Kate Mantilini in Beverly Hills is not just another diner it is a local landmark. Proprietors Harry and Marilyn Lewis established Kate Mantilini in 1987 after selling their first foray into the restaurant business, Hamburger Hamlet, which the couple opened together in 1950. The menu at Kate Mantilini is extensive, with deli classics, gourmet diet fare, mountainous salads, and refined entrees like pork chops and frog legs. Open from early morning to late at night, and always packed with celebrities, wheeling-and-dealing producers, post-theater diners, and retirees, this upscale yet casual joint has something for everyone. Breakfast is served all day, so should patrons have a craving for the famous Gran Marnier French toast at 9:00 p.m., they need not hesitate to do so. For a slice of simple American diner fare in the heart of Beverly Hill, Kate Mantilini is the place to go. 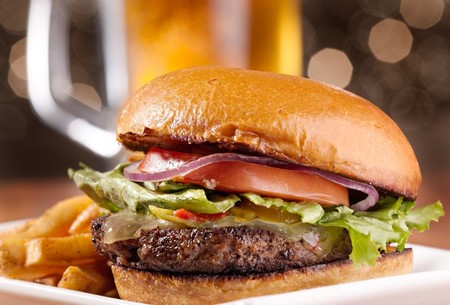