Since opening in 1956, La Scala has been popular with locals and entertainment industry types alike, with its comfortable red booths and drawings of Hollywood figures lining the walls. Traditional Italian fare is complimented by an exceptional wine list supplied by Owner Jean Leon’s personal vineyard, Chateau Leon, in Spain. The restaurant is revered for its Chopped Salad, but other menu highlights include the Steamed Mussles served in a broth of garlic, white wine, and tomato sauce, and the Tiramisu served with fresh whipped cream and berries. The quality of ingredients has never faltered in the restaurant’s long history, and it continues to set the bar for fine Italian fare in Beverly Hills. 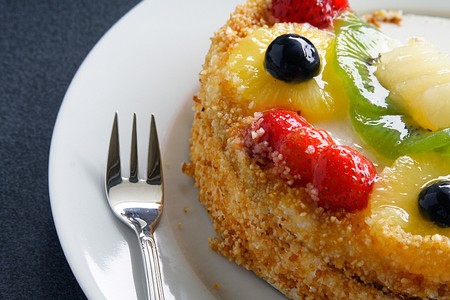 Love the Food.. But the Service!!!

Love the food. There chopped salad is amazing. BUT... the people that work there are rude! I recently ordered 3 chopped salad with NO cheese for my boss who was having a meeting. I called about 15 minutes after I ordered them to have the make sure they do not put cheese in them, they said we got it. When we picked them up they said here is everything, 3 turkey chops no cheese, add cucumber. It was our order so we paid and left. Low and behold we get home to find that one has cheese in it. I called the restaurant and talked Carlos who proceeded to tell me they would not refund one salad back to our card. So I asked to speak to his boss he gave me the # to corporate and I spoke with Shirley, I thought she was going to take care of it but came back to the phone and told me it's a policy that they don't refund. This is La Scala people in Brentwood... and they can not take care of there mistake and give us back our $12? Come on... how many of those salads do they sell in a day that they can't have a little better customer service? I will find another spot that has an amazing chopped salad. In this day and time you would think that they would have better customer service. I have never in my 32 years of life been told at a restaurant that they would not refund something that they messed up on. Usually when you don't even like something they will take it back. Oh!! I forgot, Shirley told me that I'm supposed to check the order before I leave? How are you supposed to find little shreds of cheese until you bite into it? Come on La Scala... get some costumer service... I'm SHOCKED!!!!!

I had never been here before, however, I patronize several other restaurants and in particular, the Grand Havana Room, all within a few blocks of La Scala. This afternoon, I have a business meeting at La Scala, and the waiter was the rudest I believe I ever have experienced. The Manager, when I called him over to complain, didn't do anything to correct the slight or the cause of it, and the new waitress we were assigned was barely polite, and you could tell that she was putting on a face to appease the rude and unreasonable customers. The tone of the business meeting was ruined, I didn't end up ordering any food (my company did) because I was so irritated and I refuse to give my money to an establishment such as this. If you want to be treated like dirt by food service personnel as they charge you ridiculous prices for mediocre food, by all means, dine here. However, there is a multitude of fantastic restaurants, including better Italian ones, within a few blocks. Stay away.

I would not patronize this restaurant

We had a reservation for six on 24 October 2007 for my birthday at 6.30 pm. My brother, who is almost immobile and is in a wheelchair, arrived early and asked to be seated until the others in the party arrived. The person in charge refused, even though my brother and companion had eaten at this same restaurant regularly for over ten years. The restaurant's written policy stated this in a frame in the entry. However, the restaurant which seats probably 100 or more was barely one-quarter full at the time and in addition our table for six had not even been set up for us and this was 6.25 pm. My brother was told that the table would not be set-up until the entire party had arrived at the restaurant to wait outside to be seated. On previous occasions when I had eaten at this restaurant with my brother I had been seated promptly when I had arrived early while waiting for him to arrive. Some inconsistency. The "person in charge", who I confronted when I arrived, showed very poor judgement in not seating a handicapped person promptly irrespective of their written policy. It is not conducive to the ongoing success of this restaurant.

Instead of eating at La Scala, we walked down to the next corner and arranged a table immediately for our party of six, outside on a beautiful balmy Southern California evening. We had an absolutely delightful meal with plenty of atmosphere. When we left, which was nearly 8.30 pm, that restaurant was still very very busy and nearly all the outside tables were occupied. As we walked back to our cars we noticed that the outside tables at La Scala were all empty and inside, the restaurant was barely one-third full. Perhaps the manager or owner of La Scala should consider the very poor experience we had to see possibly why La Scala was not doing so well. If you do not want to be treated with the same type of disrespect that we experienced there are plenty of very fine busy restaurants on the same block of Canon Drive.