Chef Peter Woolsey uses his know-how and talent to create classic French dishes that can be found across various regions in France at Bistrot La Minette. The elegant flair and friendly wait staff give the restaurant a warm and luxuriously casual atmosphere. Try such dishes as the Magret de Canard au Cassis, a pan-roasted duck breast, grilled white asparagus, potato confit, and black currant sauce, or try the Gateau L’Opera, a multi-layered almond sponge cake with chocolate ganache, coffee butter cream, and crème Chantilly. Give Bistrot La Minette a chance—your taste buds will thank you!

The French are known to have mastered the language of food and Chef Peter Woolsey has proven himself more than fluent. As a native Philadelphian with adopted Parisian sensibilities, Woolsey continually discovers new ways to communicate through food: the result is Bistrot La Minette. With the appealing glow of bistro lights enticing local foodies, it has emerged as a powerhouse of refined French cuisine that leaves affectation at the door. What distinguishes this Philadelphia eatery from its peers is Chef Woolsey’s ability to inspire the palate with refreshingly minimal pretension. Lacking any of the stuffiness that often accompanies French fare in this country, Bistrot La Minette revels in its masterful blending of disarming comfort and delectable cooking. Diners should expect to shed their preconceived notions before settling in for an evening of gastronomic wonder in this mid-Atlantic little Paris.

Classic Parisian styling lends this alluring Queen Village enclave a familiar and exotic quality by beckoning patrons with its inviting bar and rich wood interior. A long space that is both intimate and cozy, the restaurant is a bright spot on an otherwise unassuming block. The warmth that the restaurant exudes is due in part to the well-designed dining room that boasts expertly lit tables with chandeliers dangling from the pressed tin ceilings. Mostly, however, the source of such sunniness is the staff’s delightfully easy going manner and the palpable pleasure exhibited by fellow diners. The wait staff, dressed in red vests and pristine whites, is diligent in its pursuit of dining excellence and proves to be a crucial component in making the meal memorable. Awash in a convivial personality, our waiter facilitated a well-paced meal in which we had everything we needed without feeling rushed in the midst of considerable table turnover. In so many ways, crossing the threshold into Bistrot La Minette’s dining room is an opportunity to experience Paris in springtime, with none of the hassles of airport security.

The original art gracing the walls and the meticulous approach to creating a compelling dining experience is a family affair at Bistrot La Minette. Chef Peter Woolsey joined forces with his wife, Peggy Woolsey, along with his father and business partner, John Woolsey, to design an ideal dining space that would cater to the refined tastes of Francophiles while beckoning neighborhood diners to experiment with a creative French menu that evolves with the shifting seasons. Woolsey has chosen not to focus on one particular region in the country, but instead develops food offerings that reflect the eclectic nature of France’s culinary cornucopia. He also strove to make Bistrot La Minette a truly accessible spot that Philadelphians could enjoy without the stuffiness that mars so many French restaurants in this country. As a native of the city, the chef began his illustrious rise at New York City’s famed Waldorf-Astoria Hotel before leaving for Le Cordon Bleu in Paris. Woolsey’s French-born wife and a host of in-laws have been the bedrock for his creation of Bistrot La Minette’s fanciful yet authentic cuisine.

The act of taking tradition to new heights while tweaking with convention is a Peter Woolsey signature; and on a recent evening, the restaurant reflected this dichotomy artfully. Perusing the options, I discovered that the combination of savory and sweet danced across the menu with ease and creativity. Starting out the evening, I ordered the Terrine de Campagne, comprised of house-made pork and chicken-liver terrine, brioche loaves, mustard and cornichons. The interplay of luxurious texture with the tartness of the granular mustard left a delicious impression. The kitchen prepared the terrine in such a way that the density of the dish never threatened to overpower its delicate flavor and delivered a memorable foray into the richness of an appetizer done right.

Also under the Mise En Bouche (starters) section, the Escargots de Bourgogne delighted the senses with its abundant array of nine Burgundy Snails marinated in herbed butter and served with croutons. The full-bodied flavors of this dish competed nicely with one another, revealing transitions from the indulgently rich to the refreshingly tangy. The interactive experience of enjoying snails by coaxing them from their shells was also a highlight of the evening.

The main course consisted of a diverse selection of ‘Plats Principaux’ that challenges even adventurous eaters to test their mettle against Chef Woolsey’s active imagination. The Lapin Rôti à la Moutarde defied my notions of what Mustard-Braised Rabbit must taste like and was an education in the exquisite flavors that skillful braising can produce. Neither gamey nor overly tart, the mustard contributed a welcome pungency to the exceptionally tender rabbit meat. Complemented by the house-made tagliatelle, this entrée proved to be a favorite and one worth returning for. Even from a purely visual perspective, with its hearty texture and enticingly distinctive aroma, Chef Woolsey’s creation was a robust testament to the power of painstaking cooking. We also ordered the Gratin Dauphinois, which arrived lightly browned and expertly seasoned. These scalloped potatoes, with their subtlety and creaminess, were the fitting counterpart to a meal defined by pungent forays into French cuisine.

The second main course we ordered was the Cassoulet de Toulouse. This lamb stew was an exercise in slow seduction; when moments after dipping our spoons into the wealth of ingredients such as white beans and Toulouse sausage, we redefined the term comfort food. Its steaming hot temperature aside, the Cassoulet de Toulouse was the ideal dish for a cold winter night, owing to its delectable tango of earthy spices and savory meat. The lamb truly melted away at first bite, leaving the more subtle flavors to linger on the tongue. Accompanying the dish was Chef Woolsey’s Duck Confit -- which is, by its very nature, an education in the richness of duck meat. At Bistrot La Minette, however, the duck confit exhibited an exceptionally intense richness of the variety that forced us to put down our forks and simply savor the ineffable qualities of French cuisine that put this Philadelphia restaurant on the map. Garlic and sea salt flirted with the meat’s fall-off-the-fork texture to complete a spectacular dish.

The dessert menu was nothing short of a revelation. Our Pot de Crème au Chocolat transformed one-dimensional sweetness into a multi-layered flavor explosion that incorporated the silky texture of Crème Chantilly (the decadence of Michel Cluizel Chocolate Custard) and the flinty crunch of the restaurant’s "Cat's Tongue" Cookies into a single dessert.

Drawing on the kitchen’s way with taste pairings, the dessert menu showcases some of Philadelphia’s finest tributes to French cuisine. Often overlooked but never regretted, the traditional cheese course, Assiette de Fromages, was a celebration of the patchwork of regional products. Starting with Saint-Nectaire accompanied by onion compote and lardons, the deluge of aromatic notes was enough to win over the senses. Next, the Le Chevrot with pear gastrique and peppercorns raised the bar with its fruity undertones and velvety softness. The grand finale arrived in the form of Ossau Iraty with aged Balsamic and fig; it delivered a powerful punch on top of its deceptively rich patina.

With flavor to spare, Bistrot La Minette achieved the apex of French dining. The dinner menu was accessible enough to avoid intimidation yet adventurous enough to keep our stomachs guessing. Utterly charming from servers to setting, the restaurant was an invitation to stay awhile and absorb the ambient warmth from diners and dishes alike. Just a stroll away in Queen Village, Bistrot La Minette puts a delicious slice of Paris within reach. 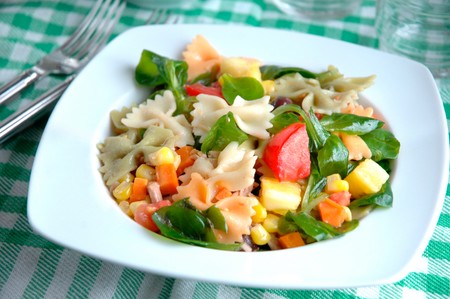 Do you serve lunch?
No, Bistrot La Minette's hours are Monday - Thursday 5:30 - 10:30 pm, Friday - Saturday 5:30 - 11:30 pm and Sunday, 5 - 9 pm
Does your menu stay the same year round?
Bistrot La Minette's menus are updated daily. They use only the fresest seasonal ingredients, so menu items will frequently change.