Lacroix at the Rittenhouse

Located in the prestigious Rittenhouse Hotel, gazing over downtown Philadelphia's most elegant square, Lacroix has become a landmark of its own right - with an air of graceful distinction. Romantic and evocative, the dining room beckons with the luminous glow of candlelight. Guests are invited to indulge in the world-class menu, composed of the freshest ingredients of the Eastern seaboard. This composition of International Progressive cuisine, prepared with profound expertise by Master Chef Jon Cichon, includes mouth watering additions such as Elysian Fields Lamb Carpaccio and Hudson Valley Duck. 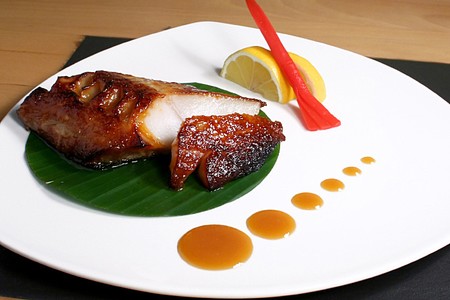 CHEESE SELECTION FROM AROUND THE WORLD

Lacroix was a disappointment

Having dined in most of the best restaurants in Philly, my son selected Le Croix at the Rittenhouse Hotel, to celebrate his 31st birthday. It was a major disappointment.

Four of the five guests selected to have a four course tasting menu and one guest ordered a la carte. Although the food was good, it was not good enough to make up for the poor service. The group was shown to the requested round table but shortly realized that it was next to a very loud party at the bar area that had no separation from the dining room. Besides not being able to hear each other, the wait staff was neglecting the dining room guests to serve food to the party. It took a ridiculously long, 3 hours a 45 minutes to complete the meal.

I like a leisurely meal as much as the next person but the quest who was dining a la carte received an incredible small appetizer of what was expected to be diver scallops but was three nickel sized dumplings. He would not see his next course for three hours.

One guest ordered the wine flight and received a good 6 oz. pour for the first two glasses, though had to ask for the second glass. The third glass was poured by one of the waiters and was barely a 3 oz. pour. The others, who were sharing a bottle, were left to pour their own wine for most of the night. The wait staff operated in a team method, although not successfully, in this experience. There were at least six different servers at various times but no one to oversee the timing of the meals...

The tasting samplings were small but tasty. They were not served with an explanation of what they were. If asked, the server would divulge the obvious main component but no information on the other ingredients on the plate was given. A good suggestion may be to keep the menu to read the description yourself. With the tasting menu, the dessert course is included. The birthday boy opted for the cheese course at an additional charge, which he enjoyed. The meal finished with petit fours and take home wrapped cakes. A nice touch, but oddly, they placed only three take along pastries when there were five guests.

To top it all off, there was an overcharged for the wine flight, and for the validated parking and had to ask to have it corrected. Perhaps the experience may have been different if it were not on a night of a party but for the price for special meal, service should be smooth, dependable and relaxing. Le Croix, on this night, was none of the above. Barclay Prime is right across the park and there are too many other great, dependable places to choose from in this great city of Philadelphia.