Pumpkin, coined from the pet name of husband and wife co-owners Ian Moroney and Hillary Bor, offers an adventurous menu that changes daily – dishes can include snails, cardoon, and homemade banana gelato. The intimate 28-seat restaurant in the city’s Graduate Hospital area also serves up the sort of comfortable charm that comes of candle lighting, small tables, and attentive service from employees that include members of Moroney’s family. This neighborhood restaurant is well suited for a second date, a second anniversary or a couple of hours catching up with old friends. With an ever changing menu that boasts farm-to-table freshness, Pumpkin is an ideal and healthy eatery that is both relaxed and elegant.

Pumpkin opened in September 2004 as the restaurant love child of former Little Fish chef Ian Moroney and his wife, Hillary Bor. The co-owners named the converted South Street deli after their pet name for each other.

Bor recounts the story behind Pumpkin’s name like a shtick she’s been practicing for, oh, about three and a half years.

“I know, we’re just so cute you can’t stand it,” she cracks while clearing our table of appetizer plates.

The intimate 28-seat BYO in the city’s Graduate Hospital area delivers all of the comforts one might expect from a space that reminds the couple of their own home. The one-room dining area was warm from the minute we stepped through the heavy, earth-toned curtains separating it from the chill outside and caught a whiff of the buttery scent wafting from the kitchen. Even seated in a table next to the door, the cold is perceptible only when other diners walk through the curtains and let in a draft.

Once, the draft blows out the candle on our table. Bor replaces it with lit one within seconds. Our server, a young man impressively well-versed in a dinner menu that changes on him nightly, is also attentive and helpful in deciphering menu items less likely to be recognized by the non-foodie set: salsify, cardoon, mignonette, chermoulah.

There’s music playing somewhere in the background, but it’s lost in a pleasant buzz of conversation. The room’s dim ceiling bulbs do equal work in lighting the room as the dozens of candles sitting on shelves, posts, and dinner tables. Weathered windows that look as though they’ve been torn directly from an old summer house in Cape Cod hang on the walls (offering a view of white drywall) and candles flicker from inside the large, simple glass holders sitting on wooden beams nailed up throughout the room. Pumpkin-colored curtains hang from floor to ceiling to conceal the bathroom door in a back corner. On the opposite wall, the curtains serve to give a more private feel to a nook where the wall recedes just far enough for booth seating with room for two or three people. The kitchen is separated from the dining room with a curtain, too, pulled back just far enough to get a peek at a server gesturing at the kitchen staff with a beer as the Friday night crowd dwindles to just a few tables.

This restaurant, perfect for a romantic dinner or a few hours catching up with friends, is not for the unadventurous – the chef himself said he’s surprised his dinner choices draw any customers at all. Moroney’s ambitious menu includes snails, squid ink and other items he chooses from whatever his purveyors say they’ve got fresh that day.

An entrée featuring roast organic chicken includes rich, tiny morsels of snail, a potato-like root vegetable called salsify, slivers of hedgehog mushroom with a furry exterior that feels like its animal eponym might against the tip of the tongue, and asparagus. All of that is drizzled with a “snail butter,” the dipping sort traditionally used with escargot. In terms of flavor and excitement, the roast chicken comes in a distant fifth – and the chicken doesn’t taste half bad.

Other dishes call to mind more traditional fare. One appetizer, the pork confit and braised bacon with French lentils and sunny side up egg, is like breakfast on a bed of beans. The lentil mix, cooked down with carrots, celery and onions, has the distinct flavor of parsley. It’s noteworthy that the lentils are noticed at all above the strong, sweet taste of two meat chunks served on top of it. This rich appetizer is served in a small white cup with a cover placed beside it on a plate, as if to allow the option of closing it up and setting it aside for later.

Our two-seat table near the door is cluttered with plates and glasses by the time appetizers arrive. The tables are charming, with candles and sheets of brown paper covering the burgundy tablecloths, but they’re small almost to a fault once the first course arrives and the bread and roasted-garlic-and-olive-oil mix aren’t quite ready to be cleared.

Cardoon, our server explains, is an asparagus-like vegetable the restaurant is serving as an appetizer with a blend with roasted porcini mushrooms, diced tomatoes and a Spanish cow’s milk cheese. The cardoon and the mushrooms serve as an earth-flavored vehicle for the cheese, this dish’s stand-out ingredient.

The entrée of braised short ribs is cooked to a tenderness where it nearly fell apart in the mouth, and topped with a slab of gamey, gelatinous bone marrow. The short ribs were prepared alone and drizzled with a red wine sauce just before serving. The dish also comes with a tender broccoli rabe sautéed in garlic and olive oil, roasted shallots and potatoes prepared au gratin with the subtle flavor of cheese.

Dessert seems a daunting prospect after the rest of our dinner’s heavy features, but we’d come to work.

For the last course, breakfast is re-incarnated again – this time, it is French – with a fruity dish of pancake mix baked over cognac-soaked plums called Plum Cloufoutis, served with a toasted hazelnut rum ice cream. A chocolate fix comes from the flourless torte flavored with a hint of praline, served in a small disc with a scoop of banana-flavored gelato and banana slices with a crème brulee-like layer of brown sugar caramelized over the top. Pieces of caramelized sugar brake off into the gelato and make for an even sweeter pairing.

Though the dishes may change from day to day, many of the ingredients stick around for as long as they’re in season. Moroney credits Pumpkin’s daily menu change not to a lofty culinary philosophy, but to the fact that he’d go crazy making the same thing every day. He was able to walk to the Italian Market for the day’s ingredients when he worked at Catherine Street seafood restaurant Little Fish, where he spent most of his Philadelphia culinary career before opening Pumpkin. He liked that he could look at what he was buying. Seeing the ingredients “makes your brain work, makes your mind move” more creatively that when you’re calling in an order from someone else, he says. Still, Moroney has his suppliers – many of Pumpkin’s vegetables come from Coopersburg’s Gottschell Farms, and Samuel and Son Seafood Co. on South Lawrence Street provides much of the seafood.

But the 17th Street restaurateur is sticking close to his roots. His sister, Katie, answers the phones and helps out at the restaurant – she’ll remind you, when calling for a reservation, that they’re cash-only and BYOB – and his mother works at the almost-year-old Pumpkin Market down the block from the restaurant. Moroney looks uncomfortable about directly defining what Katie’s position is at the restaurant, and finally concedes to calling chef David Kane “buddy and co-chef.” He squirms when asked to nail down titles like the restaurant has a traditional business hierarchy: “I own the place, but it’s not even like that.”

Moroney aims to keep Pumpkin’s neighborhood restaurant vibe alive. From his family talking you through menu items to the bag of pumpkin seeds that come with the check, this South Street eatery succeeds. 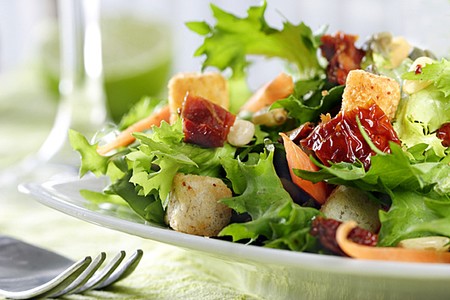 The menu at Pumpkin changes daily, depending on what's fresh and what strikes chef Ian Moroney's fancy. This is a sample dinner menu from early December.