Already nominated as one of the “Best BYOBs in Philly”, Roberto Café promises a real treat of fine seafood and Italian fare. The Italian Trattoria is still a newcomer to the Graduate Hospital South Street area, having opened in July 2006. Chef and owner Fernando Vincenti has created a fine restaurant that is homey and quietly elegant, one that may give the older Italian institutions a run for their money. Roberto Café strikes me as a place that would fit in many of the Philadelphia neighborhoods, whether among the Italian Market eateries, the West Philadelphia eclectic restaurant mix, or in Center City locales. It adds a new flavor to the South Street/20th Street region, amid several up- and coming cafes, such as LaVa and Darling’s Café.

Upon entering the restaurant, I was pleasantly surprised to find the dining room as bright, warm, and cozy as a living room in a bed and breakfast, but upscale as well. The artwork and décor consisted of paintings, small iron hangings, and strings of small white lights. It was tasteful and inviting without being too overbearing. The orange and yellow textured walls set off the long room with a peachy glow that made it seem as though a fireplace was nearby. Our table looked right into the kitchen, but we did not feel at all crowded during the meal. Three staff members waited attentively near the kitchen as we arrived, and quickly welcomed us in and hung up our coats. Full table settings were laid out on each table in the one-room restaurant.

Our party sat down and immediately received menus and glasses of water. The staff promptly noticed our bottles of white wines and brought over a wine bucket for the table. There was no corkage fee, and our server poured just enough Sauvignon Blanc to get us started. If requested, the staff will help make food and wine pairing suggestions based upon what customers bring in; however both red and white wines will go well with most of the menu offerings.

As a complementary starter, the servers gave us a basket of soft Italian bread and a homemade bottle of olive oil mixed with spices and herbs. A second starter, a bruschette plate, followed shortly afterward. My dining companions and I did not expect another complimentary appetizer, as we had just ordered the Napoletana Bruschette, but we happily finished the light, traditional bruschette pieces in a matter of minutes. We then sampled the Napoletana, which consisted of fresh bread layered with thick slices of buffalo mozzarella, prosciutto, and tomato all drizzled in olive oil.

The Arugula Salad was also a real treat: a full plate of arugula greens and generous helpings of goat cheese, sprinkled with pine nuts and with several slices of heart of palm on the side. The olive oil dressing gave the salad an overall slightly spicy and tangy taste. There was plenty of salad to go around for everyone, and still left us with room for the entrees.

The Lobster Ravioli and Monkfish in Marinara Sauce had a nice little kick to it and went well with both the taste of our round Sauvignon Blanc from New Zealand and spicier taste of a Pinot Grigio. One member of our party was so pleased with the lobster ravioli and monkfish specialty, that he rubbed his stomach and pronounced it “nicey-nice” halfway through his entrée. The delectable, buttery tasting ravioli/monkfish combination was deemed one of the best dishes of the meal.

Roberto Café’s Spaghetti Tarantini was a delicious choice of pasta and shitake mushrooms encircled by mussels, calamari, and clams, in a savory oil and garlic sauce. The sauce was flavorful and rich without being too overpowering or heavy on the garlic.

The Fusilli Pollo E Funghi offered a creative combination of fusilli, tomatoes, pine nuts, chicken, and mushrooms in a marinara sauce. Topped with ricotta cheese, this course was a bit light on the chicken portions, but scrumptious nevertheless.

The eye-catching, colorful Salmone Salento plate was another pleasant surprise everyone was eager to taste. The grilled salmon fillet was cooked perfectly and matched well with the asparagus, tomatoes, and potatoes covering it. A mild olive oil and balsamic vinaigrette sauce added a little sass to the entrée.

In addition, we decided to sample the Dover Sole specialty, a broiled white fish with a side of roasted potatoes. Our server wheeled out this course on a large platter, deboned the entire fish with precision, cut it into long strips, and placed them on the plate next to the potatoes. The enjoyable sole had a hint of spices and herbs and is certainly a specialty to watch for at dinner.

Fortunate enough to have a just a bit of room for a few final bites, we were rewarded with terrific Italian classic desserts. We wrapped up our meal with a chocolate chip cannoli and large helping of tiramisu. The cannoli shell was not too heavy and the inside was coated with chocolate. It was sweet, without being cloyingly sweet. The tiramisu was very creamy, had just a tiny taste of rum, and satisfied even our companions who were not usually big on sweets.

This sampling from the Roberto Café menu left no doubt that any entrée selection would ensure a delectable meal with fresh ingredients, likely to have an extra surprise thrown in. My fellow diners and I left pleasantly stuffed, without feeling as though we had a spent a fortune. The food was well prepared and presented, and the servers were knowledgeable and attentive, but not overbearing.

The overall festive atmosphere is warm and visitors will appreciate the tasteful décor, non-intrusive classical music playing in the background, and excellent service. Those in search of traditional Italian fare will find just what they’re looking for, and also find a little something new in every dish. Roberto Café diners will be sure to return for seconds and thirds, and perhaps consider bypassing the Italian Market in favor of this Trattoria on South Street. 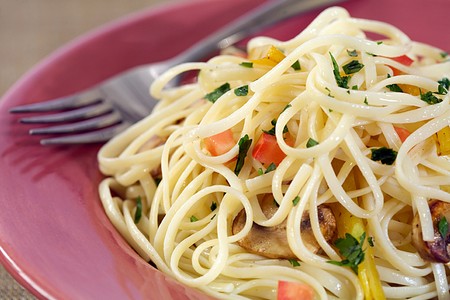