For old and young alike, Ted’s Montana Grill is an enticing foray into how the West was fed. The restaurant, partly owned by media magnate Ted Turner, takes its cues from classic American fare and traditional frontier cuisine. Bison is featured prominently on the menu and promises to make every meal at this Center City eatery an event to remember. Surrounded by cozy wooden booths, and with a spacious dining room and bar to enjoy, diners can indulge their homespun appetites in an ideal rustic setting.

Ted's Montana Grill: How the West Was Fed

With its wood-paneled booths and softly lit interior, Ted’s Montana Grill evokes the rustic charm of the Old West in the heart of Center City.  American staples such as burgers, steaks, and sandwiches are all offered with a choice of beef or bison so even the most traditional entrees take on new life.  Founded by media mogul Ted Turner and restaurateur George McKerrow, Jr. in 2002, the eatery bears the indelible mark of one of America’s most outspoken media titans.  One thing is certain: despite his eccentric life in the spotlight, Turner understands how to bring wholesome, homespun flavor to the masses through Ted’s Montana Grill.

Executive Chef Chris Raucci has made a name for himself at the helm of this pioneering establishment and continues to spread the gospel of made-from-scratch dining with a rustic appeal that has earned raves among countless Philadelphians.  Raucci insists on only using 100% natural premium Harris Ranch beef, Springer Mountain chicken, and National Bison Association-certified bison, making every meal an exercise in responsible farming.  Chef Raucci brilliantly executes the vision of Ted Turner who, in addition to owning television stations and baseball teams, is also a well-known environmentalist and imbued the restaurant with his passion for sustainable living.   No detail is overlooked at Ted’s Montana Grill, where even the straws are made of special paper to fulfill the restaurant’s promise of being 99% plastic-free.  After a recent dinner, we left feeling deliciously satisfied and a little better about the environment’s future.

The Philadelphia outpost is located on Broad Street, in Center City, catering to business types, the theater crowd, and diners simply looking for a tasty foray into the American West without packing their bags.  The interior of the restaurant could practically be a set from the film “A River Runs through It,” or any number of similar films that bring a new appreciation to the pioneering spirit of Montana’s original settlers.  Pared down fixtures and demure lighting translate into a sense of relaxed dining, and hark back to a simpler time when food was fresh from the farm.  The menu also represents a bygone era when preparing a meal meant feeding hardworking ranch hands interested in succulent meats, hearty potatoes, and just a splash of fine whisky on the side.  Flavor pairings and portion sizes reflect the kitchen’s emphasis on eating well at a reasonable price.

The menu offers a wide variety of creatively topped burgers with an emphasis on rich ingredients that will challenge even the most robust appetites.  From the Cordon Bleu Burger with grilled ham and Swiss cheese to George’s Cadillac Burger with BBQ sauce, cheddar cheese and bacon, Ted’s Montana Grill knows how to send diners home happy. This restaurant also knows how to treat its customers right; the wait staff was a pleasure throughout our meal and we never waited for more than a few minutes before our server checked in. All of our requests were graciously accommodated as our server worked hard to ensure our needs were met.

We began with the Caesar Salad, which was served with a dressing that struck the right balance between cream and oil. The croutons were freshly baked with fine details like spicy seasoning; similarly, the well-calibrated anchovy flavor made the traditional Caesar dressing a real standout.  Fresh romaine hearts and a generous portion of parmesan cheese ensured that the salad course was more than just a prelude to a great meal. It was a chance to enjoy the kitchen’s thoughtful preparation as we lingered over the quotations etched into the wall above each wood-paneled booth, reiterating the ubiquitous presence of Ted Turner’s unseen hand throughout the dining experience.  These inspirational nuggets showcased the founder’s keen sense of humor during every course.

The St. Philip’s Island Crab Cake arrived with a flourish as the pungent aroma of seafood wafted over our table.  Bursting with flavor, the crab cake was packed with quality meat and avoided the overly-breaded taste that often accompanies the dish.  Never dry, the seafood exuded a well-seasoned flavor and supple texture from beginning to end.  As an appetizer, it was a great selection and really demonstrated the kitchen’s way with classic American fare.

The Beer Can Chicken is a signature favorite in a restaurant that has plenty of menu options to choose from.  Its crispy skin was peppered with lively seasoning that covered the tender, roasted meat inside.  Flavored with delightfully hoppy beer, the dish brought together two familiar tastes and reintroduced me to a beloved meal.  The portions were hearty and the sides were equally substantial. The Beer Can Chicken arrived with a mountain of freshly seasoned mashed potatoes and buttered broccoli, two ideal complements to the chicken’s tangy punch.

The Delmonico Bison Steak was the same quintessential rib-eye cut typically served in higher end steakhouses around the country.  At 14 ounces, the dish was more than enough for one person and made the ideal centerpiece for a special night out. This particular dish is served with a heaping portion of side dishes, in addition to the chef’s precise preparation that is evident in every succulent bite.  We reviewed an extensive list of vegetables and potatoes before eventually settling on the Vine-Ripened Tomatoes and Sweet Potato.  The juicy, crimson tomatoes were a fitting complement to the main course, while the potato rounded out the dish nicely.  It was clear from the extra lean cut of bison that quality ingredients are a top priority in Ted Turner’s culinary empire.

The Delmonico Bison Steak exuded the characteristic tenderness of an expertly cut rib-eye, and the dish’s subtle sweetness made an equally delicious impression.  Bison meat is among the healthiest and least fattening options for meat lovers and Ted’s Montana Grill is the authority on this traditionally western meat.  One of the most appealing aspects of forgoing beef in favor of buffalo is that diners retain the typical marbling without unnecessary fat.  One dinner at this restaurant is enough to drive home the fact that healthier eating doesn’t have to mean sacrificing flavor.

When it was time for dessert, we ordered the Hot Fudge Sundae that arrived sprinkled with walnuts and whipped cream.  Much like building a quality home, preparing a tasty sundae requires good materials and thoughtful construction to achieve the right flavors in every bite.  At Ted’s Montana Grill, we were enthralled by the sweet interplay between creamy homemade-tasting ice cream and the freshly made chocolate topping, which added a silken river of rich cocoa throughout.  After-dinner drinks made up a large swath of the menu.

For Philadelphia diners, Ted’s Montana Grill offers a chance to experience classic American cuisine with a Western twist.  As a warm, inviting oasis in Center City, the restaurant adds a delightfully rustic component to a culinary scene not typically known for its Western charm.  Unlike any other eatery in the city, this restaurant achieves an uncommon authenticity.  Ted’ Montana Grill offers hospitality that will warm your heart as the freshly prepared classic dishes fill your stomach. 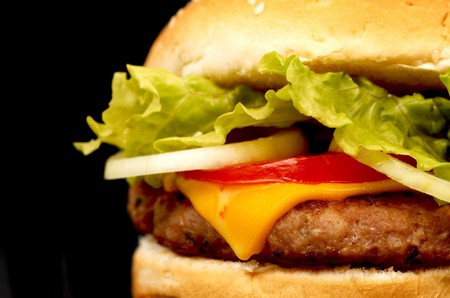 Are there Ted's Montana Grill restaurants in other cities?
Yes, there are over 50 restaurants in 19 different states.
Is your restaurant Eco-friendly?
Yes, Ted’s Montana Grill has a deep commitment to the environment and the goal is to be 99% plastic-free. They use paper straws, menus are printed on 100% recycled paper, to-go cups are made of cornstarch, and soft drinks are served in recyclable glass bottles
Do have Bison on the menu?
Yes, Ted’s Montana Grill proudly serves bison, a healthy alternative to other meat