Nestled into its charming Midtown Village locale, Olivier Desaintmartin’s second Philadelphia feat, Zinc, is the essence of class meets comfort. In a city filled with attempts at the French bistro, Desaintmartin sets this 11th street gem above the rest by offering unfussy bistro classics and an exclusively French wine selection. Zinc offers diners the rare chance to feel right at home with a dining room décor that features exposed brick, dark polished wood, bistro chalkboards and authentic Parisian paintings. Complete with a knowledgeable and friendly staff, Zinc’s quaint, romantic appeal is reminiscent of a true bistro a vins one might find during a spontaneous stroll through Ol’ Paris.

Le Marais, the oldest part of Paris, is known for its “off the beaten path” appeal with streets marked with quaint bistros and brasseries, often frequented by locals and artsy types. Without booking an expensive vacation, Philadelphia foodies are able to get a feel for what brunch or dinner in one of these Le Marais charms is like through, ZINC, a little bistro a vins situated on South 11th Street.

ZINC, located in the city’s vastly popular Midtown Village, is a friendly neighborhood bistro that offers Philly its own little slice of Paris with comfortable French bistro food and a warm, intimate atmosphere and authentic touches reminiscent of a bistro you might actually find on a stroll in Paris’s historic district.

When Zinc opened in 2007, Desaintmartin envisioned a comfortable ambiance that was both friendly and professional. His initial objective for the restaurant didn’t focus so much on food as it did on a friendly bar atmosphere that offered small plates. From there Desaintmartin’s vision for the restaurant evolved its current focus on “Cuisine bourgeoise” – introducing Philadelphians to dishes similar to those found in the neighborhood bistros and home-cooked meals of Le Marais.  Desaintmartin, whose mastery of the culinary arts is exemplified through his award of the 2009 Maître Cuisinier de France, delivers his vision with impeccable accuracy in Zinc – offering traditional French dishes alongside a superior selection of French wines by the glass in an ultra cozy setting.

Ingredients such as skate, escargot or calf’s liver might seem a bit exotic to the American palate, but Desaintmartin makes them less intimidating with tasteful presentation and home-cooked flavors. Mixing in tasty sauces, a variety of herbs and traditional sides and accompaniments, Desaintmartin makes his dishes so hard to pass up, that diners may find themselves trying new things. Classic staples like steak frites and scallops grace the menu and can be purchased in either large or small portions, which changes seasonally but stays the same for the restaurant’s designated brunch and dinner hours.

Approaching Zinc in the summer dusk, a warm feeling seems to radiate from its charming locale. Endearing touches, such as tiny string lights dance like little stars around the perimeter, draw the eye toward the navy blue awning that spells out ZINC in light lettering. Underneath, tall wooden stools with flat-topped barrels pose as tables for outside dining that’s different from the typical al fresco feel. Phrases such as “Apertifs” and “Charcuterie” are sprawled across the restaurant’s front window and inviting bouquets of fresh flowers sit in the windowsill alongside little knickknacks, adding to the overall feeling of authenticity.

Diners that are drawn inside of Zinc are instantly warmed by the small, intimate dining room. Soft jazz music and quiet conversation fill the air and mingle with the home cooked scents that creep from the kitchen and tantalize the palate.

Toward the back of the restaurant lies what Desaintmartin describes as his “little jewel” – a bar made of zinc that was constructed in 1919 and originally sat in a Parisian bar.  Desaintmartin purchased the rare find from Paris, shipped it to the U.S., refinished it and placed it in the rear of the restaurant. The namesake piece looks as though its been taken out of a classic French movie, but aside from being beautiful and interesting to look at, Zinc’s bar offers an abundant selection of aperitifs, wines from all parts of France, bottled beers from all over the world and a list of traditional and creative cocktails.

In light of Desaintmartin’s most recent award, diners recently have the privilege of being able to select a sparkling spirit called Master Chef of France “brut”.  The specially made blend of Chardonnay and champagne is dry and wonderfully fizzy. Perhaps the best part of this one of a kind spirit is that it can be bought for less than $30 a bottle.  Served slightly chilled in a classic champagne flute, it’s a lovely drink to sip slowly as you prepare for your leisurely meal.

My meal begins with a plate of baby octopus, Scupions Provencale, as it is called on the menu. The delicate piece of seafood arrives dressed with tiny flecks of green, aromatic herbs amidst a light sauce of white wine and tomatoes. The herbs are earthy, not too spicy, and the sauce has a faint hint of honey, both complement the tender meat very well.

The second course that comes to the table is Feuillete d’Escargots – Escargots, mushrooms and almonds served in a puff pastry amid a white wine sauce.  Inside the delectable little pastry, the meaty bits of escargot brought to life by hints of fresh parsley. The tastes of the tender meat, sauce and earthy mushrooms all running together with the flaky pastry are robust and savory. The almonds that intermingle throughout the dish offer a nice crunchy, almost oak-like flavor.  With all of the textures and flavors that mix together in this dish, it is by far one of Desaintmartin’s most interesting.

Next comes the Crevettes au Poivre – Jumbo shrimp served au poivre style over a serving of chilled, ratatouille that is alive with beautiful earth-toned red colors. The ratatouille brings this dish alive through a delicious medley of hearty vegetables and spices enhanced by a chilled, not too cold, temperature.  This dish, which my server tells me comes from the South of France, is thick with tomatoes and zesty herbs, almost like a very thick vegetable soup. The sautéed hunk of meaty shrimp in the center is accented by a strong flavor of roasted peppercorn. Paired with a small helping of horseradish, the dish is hearty and deeply savory.

After that comes the Raie Charcutiere --pan seared skate with herbs vegetables, white wine sauce and a touch of butter. The sauce is light in texture and flavor and doesn’t overwhelm the tenderness of the fish. The skate meat is delicate in flavor and texture, and melts wonderfully on the palate. In fact you don’t even need a knife to cut into it.

When Darina, our waitress, brings out my final entrée, the Foi de Veau – she tells me she likes it better than steak. The dish consists of calf’s liver, served over a potato leek cake and bathed in a vinegar sauce. The tender meat is similar to  a steak, except much more light in flavor and absent of the chewy consistency that tends to characterize the traditional dish. It tastes slightly sweet and is nicely browned on the outside and slightly pink on the inside. A slight contrast found through the smooth leek cake and the earthy herbs of the sauce enhances the delicate tastes and textures of the meat.

With the calf’s liver I’m served a light bodied glass of red wine that Darina tells me is called Fitou and comes from Southern France. What stands out about the dish is the texture, and with the wine it tastes even smoother against the palate. The sweetness of the dish pairs well with the spicy, earthy hints of fruit in the wine.

For dessert, the Chocolate Pot de Crème is presented in a quaint white pot that almost resembles an espresso cup. This traditional French custard dessert is almost the same consistency as crème brulée, only a bit denser and jam-packed with an insatiable, savory cocoa flavor. The deep, roasted chocolate flavor and rich custard texture contrasts well against a light, single dollop of fresh whipped cream. The dish is topped off with a fine dusting of cocoa powder, which brings it all together nicely. Paired with a standard cup of coffee that won’t overwhelm the roasted characteristics of the chocolate flavor– you’ll want to make this little pot of heaven last forever.

As I spoon the last bit of rich chocolate custard into my mouth and peer out into the charm of a busy Midtown Village evening, I can’t help but think about booking a trip to Paris – just to see how Zinc measures up. But when Darina comes back with a check bearing more than reasonable prices, I think this is just as good a way experience a neighborhood French bistro, without the prohibitive cost. I step out back into the warm summer evening and look back at Zinc, the enchanting string lights almost beckoning me back,  and think to myself that I may have found one of the best, and perhaps only, places in Philly to get a sans faute taste of authentic “cuisine bourgeoise.”

Insider Tip: The dining room is fairly small as far as restaurants in general are concerned, but don't let that discourage you from choosing ZINC for your next large party. All it takes is a little bit of advanced notice for the staff to accommodate parties up to thirty or more, with the option for a full buy-out available as well. 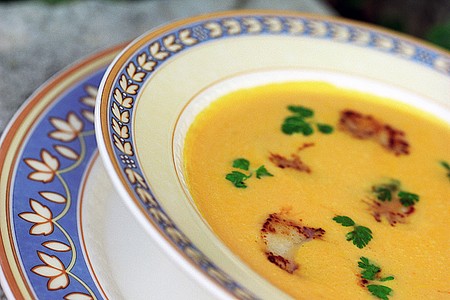 Is the entire restaurant available to rent out for large parties?
Yes, Zinc can be entirely rented out, with advanced notice of at least one month. The restaurant can also accommodate events for parties of 30+ any day for lunch.
Why is the restaurant called ZINC?
It is named for the nearly hundred year old zinc bar that was bought in Paris, shipped to America, and now serves as the restaurant's bar.
Are there any theatres in walking distance of the restaurant?
There are a few theatres that are located 2-3 blocks from the restaurant. They are the Walnut Theatre, Forrest Theatre and the theatres on Broad Street's Avenue of the Arts.
Where should I park when I am coming to the restaurant?
Parking is available at the Dorance Hamilton Building on 11th Street between Locust and Walnut Streets.
Are reservations required to dine at the restaurant?
No, however reservations are highly recommended due to the small size of the dining room.

Wild duck served two ways. First service: The duck is carved and prepared table side. The breasts are removed, seared and served with roasted potatoes and caramelized onions. The carcass is pressed in our 1870 French silver press to release all juices. These juices are flambéed with Cognac then reduced to a succulent sauce to cover the breasts. Second service: The remaining legs and wings, finished simply on the grill are served on a tasty salad.

Option A: $38 per person, Option B: $45 per person. Prices do not include taxes and gratuities (20%). For all private events, we offer Cash, Limited or Open Bar.