The Studio Diner is a true local’s paradise; conveniently located in the Kearney Mesa Business District, this deliciously nostalgic eatery serves up heaping helpings of classic American fare with a gourmet twist 24-hours-a-day. Clad in chrome and gleaming with 1940s charm, film-making equipment graces the dining area and celebrates the restaurant’s ongoing relationship with television. The only thing that can steal the spotlight from the Diner’s cool décor is its impressively lengthy and satisfying menu. Breakfast, lunch, and dinner can be savored any time – from omelets to East Coast classics, the Diner aims to please. Menu favorites include the Lobster Roll, the Lox-Ness Monster (Lox and cream cheese), and the Samson’s Steak Sandwich. And to wash it all down, try a childhood favorite malty milkshake or a more mature audience-oriented adult beverage.

A Step Into the Past at Studio Diner

Pulling up to the Studio Diner, the first thing I notice is that it looks like it was meant to be part of a movie set, with a giant film strip wrapped around the chrome building, topped by a huge movie clapper that makes sure customers know where they are eating. This couldn’t be more appropriate for an old fashioned diner nestled on the edge of a working movie and television production lot in Kearny Mesa owned by Stu Segall, who also owns the Studio Diner itself. Established in 2003, the diner was originally only open for film crews and studio employees to grab a bite between shoots, but later opened its doors to the general public.

All the parking spots in the front are taken, but a sign directs me to the right of the restaurant where there is a sizeable parking lot with a path leading straight to the front of the building.  My dining companion and I enter through the large glass doors lined with chrome and immediately feel like we have been transported back to the ‘40s. The interior is well-lit but not too bright; the walls are adorned with photos from old movies; and popular songs from the ‘50s and ‘60s play in the background loud enough to be heard but not disruptive to conversation. Our hostess greets us with a smile and takes us to a large, comfortable corner booth along the wall with actual studio light stands at each corner.

We take note of the neon strips of light above the steel bar counter, which is topped with menus and condiments, complete with old fashioned bar stools, a view of the kitchen window, and two plasma screen TVs. As we settle in, the hostess returns with two large glasses of water garnished with a slice of lemon. In addition to the brown cushioned booths lining the walls inside, there is a patio area that can accommodate up to 50 guests. The diner is open 24 hours a day, seven days a week, serving all-American diner fare. All sections on the menu, including breakfast items from omelets to French toast or even the Lox-Ness Monster (Nova Lox and cream cheese), hot and cold sandwiches like the Sloppy Bob (ground beef cooked in a blend of spices on a toasted bun) and others featuring either fish or meat fixings, salads suitable for both vegetarians and meat eaters, burgers, desserts, and a wide array of other entrees like the Renegade Pot Roast (slow-roasted and hand-pulled with beef gravy), available at all hours.

General Manager Jim Phillips stops by to chat with us for a few minutes and point out the most popular dishes on the menu. He informs us that they fly in fresh Ipswich clams from New England three days a week to make their East Coast Specials, and that there are no freezers in the kitchen as all their meat and produce is delivered fresh daily. He mentions that he has to run off to a meeting but that we will be in good hands, and he isn’t lying. Just a few minutes later another manager named Paul checks in with us to see if we have any questions. Once he leaves we have some time to deliberate over the extensive menu before our server, Claudia, comes over to take our order. While we opt not to order any alcoholic beverages, there are several different wines offered, including red, white, and champagne, all from the Francis Ford Coppola vineyards of Sonoma Valley, averaging about $6 for a glass and $16 for a bottle. In addition, they have a selection of eight different beers ranging from $3.50 to $7.25 as well as the option of a mimosa.

We decide to start with a cup of the New England Clam Chowder to see what these clams are all about. It arrives with a small package of oyster crackers on the side, and by just dipping my spoon into the cup I can see and feel how thick and creamy it is. I can immediately taste why they have the clams flown in every few days. Instead of chewy, rubbery pieces, my first bite yields tender, fresh chunks of clam meat. The clams are chopped small enough that you are guaranteed at least one or two pieces per spoonful and can taste their subtle flavor infused among the thick, creamy base of the soup, which is salty but not overwhelming and doesn’t feel heavy.

As the next dish is set on the table, we notice how each plate is decorated around the edge with a film strip pattern and that the condiment and napkin caddy on each table is a custom made film reel, a fitting touch that adds to the retro charm of the place. Our second course is the Pear Salad-- a bed of baby greens with candied walnut pieces and chunks of gorgonzola cheese, topped by thinly shaved slices of fresh pear. It arrives tossed with a slightly tart Champagne Vinaigrette, and the greens are still crisp and obviously fresh. Every bite is packed with the crunchiness of the walnuts, the bite of the cheese, and the sweetness of the pear, which combine to create an exotic blend of flavors. The ingredients are complemented by the vinaigrette, without being overdressed or leaving a puddle of dressing on the empty plate when we finish it.

At Claudia’s recommendation we decide to accompany our entrees with one of the diner’s handcrafted milkshakes.  The flavors offered on the menu include Chocolate, Vanilla, Strawberry, and Coffee, with sugar-free available for both chocolate and vanilla. However, Claudia lets us in on the fact that there is a flavor not featured on the menu: Cookies’n’Cream. We immediately choose that option and in just a few minutes we are treated to a tall, clear, footed glass filled with a chocolate-colored shake studded with chunks of cookie pieces. It comes topped with whipped cream and a cherry, and is accompanied by a large metal cup containing another glassful of the delicious, creamy delight. The shake is very thick but surprisingly easy to sip through a straw; it’s full of cookie chunks that enhance the flavor without making me strain my face muscles to get a taste like so many other milkshakes. While we discuss the indulgent taste of the milkshake, Claudia brings us our three entrees. Nothing could have prepared us for the enormity of the three dishes, which we have to shuffle around to fit on our table.

The Count of Monte Cristo is a ham, turkey, cheddar, and Swiss cheese sandwich that is battered and fried, lightly dusted with powdered sugar, and served with raspberry jam on the side. We are told that this dish is one of the favorites among customers. As I take the first bite my mouth is greeted with a burst of the sweet, crispy exterior reminiscent of French toast, immediately followed by warm, gooey melted cheese. In my second bite I get a taste of the ham and turkey, which are juicy without being fatty or heavy, a nice surprise since the sandwich is already fried. The mix of sweet batter and savory meat and cheese blends well to create a dish that I would gladly eat at any time of the day, which is convenient since the diner is open 24 hours.

Next I sample the Fish & Chips -- a massive foot-long Icelandic Haddock filet battered and fried, served on top of the diner’s studio fries with a side cup of coleslaw and tartar sauce. I decide that since I’ve never been much of a coleslaw fan that I’ll try that first and wash it down with fries if I need to. This ends up being completely unnecessary as the chopped vegetables are so fresh, crisp, and not overdressed that I can taste each component without them being drowned in mayonnaise. After a few more bites of coleslaw, I slice into the fish to which I’ve added a few dashes of malt vinegar. I am impressed by how flaky and tender the fish is without being overloaded with oil. The crust isn’t too thick but still retains the wonderful crispiness that one would expect.

Last but not least is the Samson’s Steak Sandwich, another favorite among diners. It features prime rib thinly sliced and marinated in Asian flavors like soy sauce and pineapple, then is grilled, topped with sautéed mushrooms, bean sprouts, onion, and spinach. It’s finished off with mozzarella cheese melted under the broiler all on top of a toasted French roll. It looks a little intimidating at first because it is served open-face, but when folded into a traditional sandwich it becomes very diner-friendly fare. Each bite is bursting with the complex, salty and sweet flavor of the marinade, which goes well with the crunchy bean sprouts and melted cheese. It reminds me of a cheese steak but with a slightly Asian flair that doesn’t overpower the delicate flavor of the meat, which is perfectly tender and medium rare.

We decided to upgrade two of our entrees so that one comes with an order of Sweet Potato Fries and the other with Waffle Fries, while the third comes with the more traditional Studio Fries. These are served with a special tangy Seasoned Sour Cream Dip, which is much lighter than a mayonnaise-based dip and complements the flavor even better than ketchup. None of our fries are greasy, but are instead crispy on the outside and soft on the inside. I appreciate that the Sweet Potato Fries are not overly sweet but still retain the unique earthy flavor characteristic of a sweet potato. The studio and waffle fries are definitely not your average fast food fare, but rather taste homemade and not too salty.

What I most appreciate about the meal is that the fare definitely fits the description for old fashioned diner food, and the Studio Diner allows you to enjoy your favorites with fresh ingredients that truly elevate the dishes to a higher level 24 hours a day, seven days a week. We leave full and satisfied, having enjoyed ourselves in the authentic retro atmosphere with food that truly speaks to the word “comfort.” 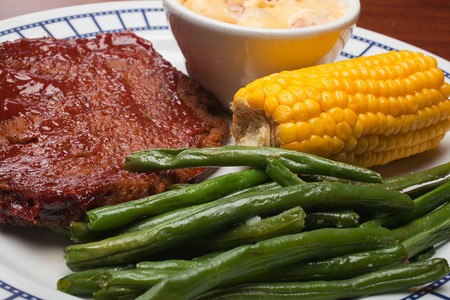 First Shot of the Day

Served with hash browns and your choice of toast.

Served with butter and syrup

Sub Waffle Fries or Sweet Potato Fries & Our Seasoned Sour Cream for $1.75 All burgers and sandwiches come with a choice of Studio fries or cole slaw. * Notates available as 1/2 sandwich with a cup of Jewish Penicillin, clam chowder or side salad.

Last Shot of the Day

Stuff You Drink But Don't Drive With

WINE (What actors and producers do, but spelled differently) We feature the wines of Francis Ford Coppolla including Diamond Label: