Feng-shui: A Guide to Happy and Harmonious Dining 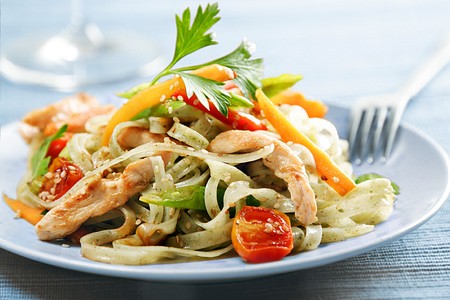 The design and décor of a restaurant has more to do with an established eatery’s potential than you’d think.  There is the idea that the tables at a restaurant are round for a reason and that the lighting of an eatery satisfies more than just the basic necessities of ambience and style.   There are some that claim design, décor, and the placement of objects are also an intrinsic part of what makes your dining experience a success and the restaurant a culinary triumph.

Feng-shui (pronounced Fung shway) is an age-old Chinese art that analyzes the Five Elements(fire, water, wood), phases and cycles to help enhance harmony and success for restaurateurs and their patrons.  This Chinese aesthetic is such an intricate system that if you break it down, Feng-shui can be a sort of science.

To achieve the type of ambience and harmonized energy that will create for restaurant guests a beautiful and balanced visit, there is a complete list of set components that must be paid attention to.  These may include patterns connecting the founder of the restaurant to the establishment, the layout and the position of the restaurant, the harmonized energy within the eatery, and even dining etiquette is an indelible factor in conjuring up an enjoyable restaurant experience.

As stated earlier, Feng-shui doesn’t just benefit restaurateurs; the Feng-shui layout is also an asset to the family, physical health, and abundant wealth of the eatery’s patrons.  According to Chinese culture, each meal of the day is vital to the stability of an individual, and in a larger scale, society.  It also goes with Chinese thought that if the entire family gathers together for at least one meal of the day, feelings and energies will be harmonious and offer a balanced structure to individuals and family members for the entire day.  Feng-shui assists in a complete dining experience.  Whether you’re there for the ambiance, food, lighting, or view, restaurants who are feng-shui’d offer that and more!

Examples of Feng-shui found in everyday life include sky-scrapers, banks, and hotels.  The Chinese aesthetic has also been popularized by a multitude of coffee-table books and TV shows like HGTV’s “Fun Shui.”  There are even signs of Feng-shui being used in the design of the Panada Express Chinese food chain.

Even McDonald’s has joined the Feng-shui community—new leather seats, earth tones, bamboo plants, and water features have taken the place of the infamous golden arches and the bright yellow/red plastic tables and chairs in this Los Angeles location.  The makeover is a part of the McDonald’s Corp marketing plan to attract more of patrons with its unique décor and amenities as well as enticing them to stay longer.  The new design is meant to not only create a soothing atmosphere for diners to linger over their burger and fries, it is also meant to help guests achieve happiness, health, and prosperity in their lives.

Co-owner of Annisa (a popular fine dining restaurant located in the New York West Village-area), and ‘Top-Chef’ star, Anita Lo decided to give into the plausibility of Feng-shui when two of her restaurants closed and burned down.  Although a firm believer in logical explanations—after an inordinate amount of bad luck—Ms. Lo, and co-owner Doris Ingber, decided that it was time to delegate their restaurateur ventures to those in the felicity business.  They conferred with a feng-shui consultant, and so far Anissa is flourishing in its new and established fortuitous furnishings.

Furthermore, Feng-shui is widely used as a technique for building capital in some of the more ritzy areas of the world.  And Las Vegas is no exception.  In 1993, when MGM Grand was owned by MGM Grand Inc., the hotel had a Wizard of Oz theme, which included Oz memorabilia and incorporated the color of Emerald City onto the hotel/casino.  Visitors would enter the casino through the mouth of the mascot of the casino/hotel, (Leo the Lion), but this feature was taken down due to many Chinese gamblers’ Feng-shui beliefs that it is unlucky to walk through the mouth of a lion.

Either way you look at it, Feng-shui is a discipline that is growing widespread popularity and influence over modern architecture and interior design.  The belief that your environment can enhance mood or ambience is perhaps nothing new.  When social scientists James Q. Wilson and George L. Kelling addressed in their article “Broken Windows”—which appeared in the March 1982 edition of Atlantic Monthly—the “broken windows theory,” they were touching base with something very close to Feng-shui.  Here is an excerpt from the article:

“Consider a building with a few broken windows. If the windows are not repaired, the tendency is for vandals to break a few more windows. Eventually, they may even break into the building, and if it's unoccupied, perhaps become squatters or light fires inside.

If changing an aspect of your environment can further damage or enhance a person’s psyche and therefore create an altered state for individuals, then it makes sense for Feng-shui to put such emphasis on matters like the positioning of a vase and so forth.

Perhaps the benefits of Feng-shui can be best described in this quote by Floss Barber, a well known Philadelphia architect and designer.  The quote can be seen on BNET’s website:

"If you Feng-shui a place it draws the attention to the interior being balanced, so people will want to come and be there and want to spend money, eat, enjoy themselves,  most importantly want to return because it creates a good environment where you feel nurtured. And in restaurants it's very important to feel nurtured."

Acai-What’s all the hype about?Italian Food: now mafia free!Unearthing the Truffle: A Guide Through Truffle 101An Introduction to Mediterranean CuisineIs Your Plate Half Full or Half Empty? More Articles ...