Just one block east of the Nokia Theater and the Staples Center sits Rivera, the latest Latin creation from legendary chef/owner John Rivera Sedlar. The father of modern Southwest cuisine is back on the culinary scene after a fifteen year sabbatical spent representing Patrón tequila, and while no one would purport that cooking is like riding a bicycle, he certainly re-approaches his craft with the ease and grace of a seasoned veteran. Sedlar merges classical French technique with the memory of the earthy and spicy foods of his New Mexico childhood to produce sumptuous chile-packed masterpieces in a sleek and contemporary setting. 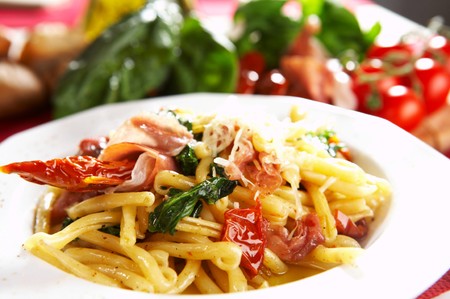