Matsunaga Family owned and operated since 1997. Striving to introduce what was once considered unfamiliar yet quality and delicious sushi, Chef Matsu opened the first Sushi SEN-NIN on 34th St, NYC in 1997. He, along with his team, selectively choose, create, and present only the freshest and appetizing dishes within a modern Japanese ambiance. The authenticity of the sushi served can be seen in the unique variety of daily catches from Japan, USA, and international fish markets. Sushi Sen-nin is simple in presentation without all the gimmicks but true to the Japanese spirit and core, allowing for a pure and raw appreciation for sushi and the Japanese cuisine. 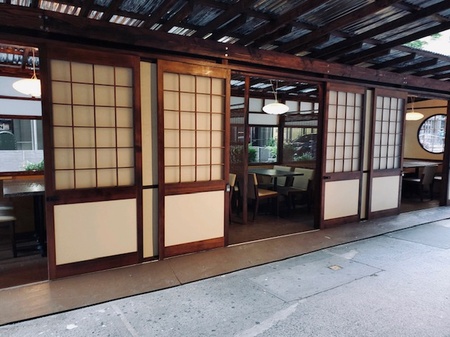 Always an excellent choice! 10/10 across the board.

Quality is the name of the game here..... The fish is amazing.

Outstanding in all levels!!!!

Loved it! The Rock Shrimp and yellow tail with jalapeños were perfection, all sushi was wonderful, but I could have eaten 1000 of the shrimp shumai! Can't wait to go back!

Some of the best and more understated sushi in Manhattan. It's always been one of my favorites and post COVID, it's still magical.

Quiet evening amid the holiday travel, but such a welcoming team! Excellent sushi and rolls. Attentive service. We’re in the neighborhood, but it’s our first time. Absolutely, a new favorite. Will be back soon.

We enjoyed the calm and relaxing atmosphere and the very attractive setting. Our service was friendly, prompt, and unobtrusive, and we look forward to trying several of the other offerings on the extensive menu with its wide selection of various dishes as well as the full bar.

Amazing quality sushi, hospitality and people!!! We love going there and taking our clients.

The restaurant is pretty expensive but the food was superb!

The sashimi is sliced way too thin for the price…