For a slice of Windy City flavor in San Francisco’s Marina District, look no further than Patxi’s Chicago Pizza. The appetizer selection is stellar and straight forward: The Classic Bruschetta is served with roasted cherry tomatoes, basil, and olive oil, while the Antipasto plate features naturally cured Zoe’s Hot Coppa, Aged Prosciutto and Spanish Chorizo. Salad offerings include, butter lettuce, Greek, spinach, Caesar, and garden, all of which can be topped with any of the seven dressings in house. But let’s get down to brass tacks; the pizza is where Patxi’s Chicago Pizza shines. There are four styles of pie: Chicago “Stuffed”, a thick, deep dish pizza with layers of cheese and toppings, covered by another thin crust, and then topped with homemade sauce. Patxi’s Pan is the standard deep dish pie featuring a crunchy, cornmeal style crust, with cheese and toppings covered by sauce. And its Regular Crust is a classic pizza with a medium thick crust, crunchy on the outside and chewy on the inside. Last but not least Extra-Thin is a crunchy cracker-flat crust that highlights the fresh and flavorful toppings at Patxi’s. There are a dozen pizza combos that range from the Chicago favorite: Classic Meat, to the more left coast leaning Vegan, which can be ordered with whole wheat or gluten-free crust. Whether you are looking for a taste of traditional Chicago pizza or a California version of a Windy City staple, Patxi’s Chicago Pizza is the place to go in San Francisco. 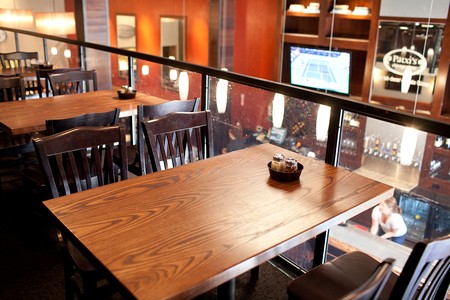