Established Since August 2007 as one of the city's foremost food and drink establishment at its Holland Village Location, The 60-seater has once again redefined the dessert experience by pushing the boundaries between sweet and savoury with progressive, carefully researched offerings that are as delectable as they are beautiful.

**About JANICE WONG:
Singaporean born, Janice Wong has learned from some of the World's best Chefs, including US Luminaries Thomas Keller and Grant Achatz, Virtuoso Spanish Chocolatier Oriol Balaguer and Prodigious French Pastry Chef Pierre Hermé. She has been named ASIA’S BEST PASTRY CHEF; For the second year running by the the prestigious SAN PELLEGRINO ASIA’S 50 BEST FOR 2013 & 2014. Janice Wong also won the TITLE OF PASTRY CHEF OF THE YEAR FROM THE WORLD GOURMET SUMMIT AWARDS IN 2011, 2013 & 2015, Including THE TITLE OF YOUNG WOMAN OF THE YEAR from her world in 2012.

Due to limited capacity, Reservation set to 3 Slot Timing on Friday, Saturday, Eve of PH & PH:
*6:45pm - 8:15pm
*8:30 pm - 10pm
*10:15 - 12mn
$20 Minimum spend per guest.
Valentine's Day $25 Min. spend per guest.
Management reserves the rights to change based on festivities/ events.
Reservations will be held for 10 minutes after appointed time after which, the Management has the discretion to release the reservation.
WhatsApp 82989393 for other inquiries.
Thank you and see you at 2am! 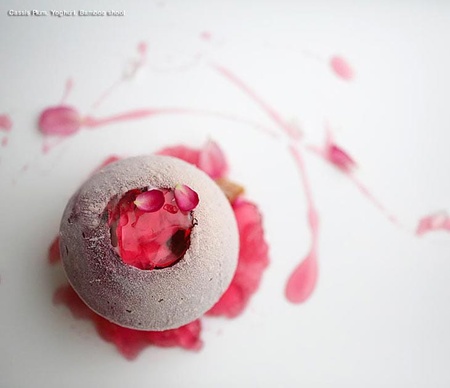 The food was very pricey but the ambience and service was excellent.

The zesty dessert was so good. Servers were very accommodating too. Specially lesleey.

Friendly. Attentive to give an anniversary dish.

It was lovely!!! We will go back again!

2nd time coming back and will be back again and again!! i love how the interiors are different in every season

Bought the Wagyu Beef Burger and holy crap I have never tasted so much flavor bursting from a patty before. It was one of the best burgers I have tasted. Next is the christmas special dessert which was amazing in texture and flavor. It combines sweet and savory dessert together as well as playing with citrus and refreshing flavors from the sorbet. The Espresso Martini is super good and the cocktails are insanely delicious. Even my friend who doesnt really appreciate alcohol was impressed by how well they made it taste. Really value of time and money. The ambience and music was also really good.

Had an amazing dinning experience that day will vist there again

Thank you for noticing my notes saying it’s my wife and I anniversary. It really made our day! Thank you for all the arrangements! Love it! See you all again real soon!

Amazing desserts and stellar service in 2am dessert bar. Very cosy ambience and vibe despite the covid restrictions

Wonderful experience, our servers were very friendly and recommended to us the top sellers as it was our first time here. The desserts and drinks also exceeded our expectations, although we felt some of the mocktails could have been offered as a cocktail. Nonetheless, great experience overall and will be back.

I met a friend at 2am:dessertbar last Friday after work to celebrate her birthday and it was a fantastic experience. Even before our reservation I received some exceptional service from a lovely employee named Natalie (if I remember correctly!). I emailed to ask about the availability the items on the menu and rather than email back she called, explained that the full menu is available even in the afternoon, and that she would call me the day before our booking to let me know if there were any specific items not available, which she did even though they all were. She also kindly offered to pre-pack a chocolate bonbon order for me when I mentioned I would be purchasing some, and had this ready to go at the end of our evening. I was so impressed with this level of service, truly exceptional! The excellent service continued at the restaurant, where we were warmly greeted by Natalie who explained the menu, gave us ample time to make our choices, and even surprised us with a complimentary raspberry champagne mousse birthday cake and two chocolate bonbons, which were both delicious and a lovely, thoughtful birthday treat. The other desserts we had were just as fabulous, my friend thoroughly enjoyed her molten matcha tart and I loved both of the ones I tried (I couldn't decide on just one). The signature Chocolate H2O was rich and luxurious, and the light, airy mousse was complimented perfectly by the salted caramel sauce and chocolate crumbs. My favourite though was the TWIX, I loved the smooth, airy caramel mousse coupled with the texture of the crunchy peanut crumble and the rich, smooth chocolate sorbet, which was so creamy I would have thought it was an ice cream. Our drinks were fantastic as well, and the moscato and sparkling sake went perfectly with the desserts, and were reasonably priced too. Overall the combination of top notch service and decadent, delicious desserts made this a wonderful birthday celebration, and I will certainly be visiting again!

Had a great time! Service was impeccable and so was the food!

Amazing customer service! They brought out special treats for my boyfriend’s birthday :-) Would come back again even if it’s not a special occasion

The desserts we ordered were great, we enjoyed Shades of Green in particular. Also, I mentioned in the reservation that I was bringing my boyfriend to 2am for his birthday, and even though I didn't prompt the staff after we had arrived, they remembered and arranged a lovely surprise for him! Thanks for the great experience!

Wonderful food and service, especially going out of their way to make a special chocolate platter for a special occasion. The only negative is having to use a smartphone to browse and select from the menu. Hopefully printed menus come back into fashion soon.

Great service and food, just felt the portion for mains was a bit small given the price

Look no further, this is the place to indulge once in a while or as frequently as you can afford. Price is not cheap but worth it. The dessert served was of great sight and taste, with the clever use of fresh tasting ingredients that was enhanced by some nice surprise elements of creativity. A great conversation starter in a romantic and intimate setting. Will definitely come back again!

Lovely desserts and gorgeous platings. Tables are a little annoying cause of the irregular shapes but we had a great time nonetheless.

Outstanding food and service. Very innovative concepts with great execution. We will go back!

Food was good yet what really made the evening was the service ! Leslie was very attentive to the details and she has a excellent memory when we are placing our orders

After all the media hype and social media videos, I was a little disappointed in reality. Maybe my expectations were sky high. Maybe it is better to hang out at 2amdesserts at night rather than noon. The berries dessert looked like it was just taken out of the freezer. Generally, the desserts melt too fast for long conversation to take place while eating it.

Sadly, I feel like the experience has diminished, mostly because of the limited dessert choices and the online ordering. Online ordering and paying on your phone, cheapens the atmosphere and takes away from the very wonderful staff experience. Menus should be printed, for easy review. It's a shame as this was our favourite go to.

Ambience and service were excellent. Drink was average Food good

Love the lovely surprise treats that 2am staff has prepared for our 2 friends (birthday girl & bride-to-be)! Thanks for the thoughtfulness! 2am has definitely lived up to our expectations, will definitely be back again! PS: was a lil disappointed that I was unable to try Cacao Forest, hope it’ll be back on menu soon

Savoury food is actually v good too. Music is little too “distracting” and unsuitable for the type of ambience

Staff need to be more friendly in serving customers. Menu should tally with website by providing descriptions to ease ordering.

It is a fine dining experience but the flavours come off too strong and the products are too pricey.

The staff was speaking so fast that we couldn’t understand a thing about the desert. It’s at a corner at no where and the outside takes away the ambience

The tart was extremely underwhelming.. I’ve had better at much cheaper places. Given it was our anniversary I was expecting better from 2am dessert bar. The plum dessert was very very well presented but the flavours were extremely sour for the palette. There was nothing to cut through the acidity of the plums. We wanted to have a 10/10 experience but ended up with a 7/10. The staff was excellent but the desserts were not upto the mark. Last time we tried chocolate H2O and the whiskey hot chocolate which were outstanding. I hope we can come next time and have a 10/10 experience

Helan on fire not available

Desserts are very well thought of in terms of tastes and plating, as well as cocktail pairing. There is, however, room for improvement in service to match the level of effort and thoughtfulness in menu development. Due to some restrictions, we were required to sit on the same side of the table instead of opposite each other. That is understandable, but the staff who brought us to the table did not realise the sofa was too close to the table until it was very apparent because I stood still for a while wondering how I could get in. The staff attempted to move the table without realising it is bolted to the floor, then proceeded to the next table to politely - but also quite abruptly - ask the guests if they could move while they were consuming their food. The guest on the other table had to move out of her table, so that the staff could move the seats. Overall, we were thoroughly delighted with our order. Will definitely head back again soon, perhaps for high tea. If anything, the bar can strive to match service standards with its food quality. :)

The dessert and service were great, that is for certain. Just the ventilation need some work. There was smell of grease, which I assume is the frying of either the churros or the finger food. It really affected the overall sensory of the place. It definitely doesn't much the visual of the desserts. Not trying to be critical, really am just sharing since you "asked".

The dessert was fantastic, which is great. Unfortunately, the service was subpar and the air conditioning was freezing!