The Apollo introduced the City of Sudbury to Greek cuisine, something that was not well known in the 1970s, and has since become famous for their homemade Greek specialities.

In 1977, the Apollo underwent a major renovation to convert the restaurant, from a diner to a dining room. Ten years later, in 1987-1988, another renovation occured. This time expanding the kitchen and dining room, to accommodate our ever-growing loyal clientele. Today, the Apollo has served the Greater Sudbury area for 40+ years!

The Apollo is still owned and operated by Toula and her family and specializes in traditional authentic Greek foods and desserts, certified Black Angus Beef, and much more! Toula would like to thank her many loyal customers for the years of support and looks forward to serving you for many more years to come! 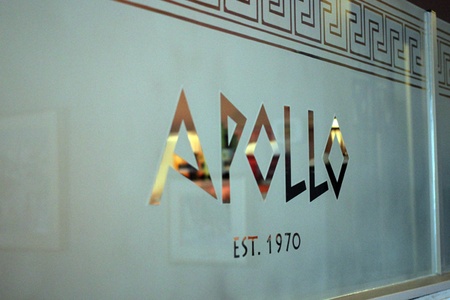 Always great food and great service from Tula and her staff.

Fantastic experience as usual, thanks so much for a great night out!!!!

Wonderful meal all around!

This experience definitely made up for a previous BAD experience. We came for our anniversary last year and our orders were completely screwed up and I ended up eating my meal while my husband was eating a dessert (which he did not want but didn't want me to eating alone.) This time the service was excellent, food was exceptional and everybody got their plate served at the same time.

We went there to celebrate my birthday. The food was amazing and the service was great! Despite the covid restrictions, we felt safe and comfortable.

Everything was great. The room was a bit cold so food got cold quick. Had to eat fast. Will definitely come back.

Food was excellent, especially the beef (Surf & Turf)! We are not sure about the lobster. It seemed undercooked. Our server was very nice and friendly!