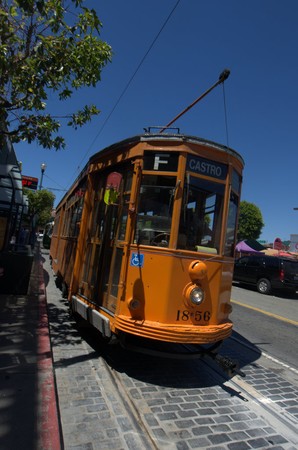 San Francisco foodies lend me your ears! SF Chefs, the food, wine, and spirits festival is back, this year from July 30 to August 5. The weeklong event calendar culminates with a weekend where the world famous Union Square is transformed into a culinary paradise and metropolitan garden part. Over 100 of the City’s most prolific chefs are taking part in the festivities, lending their talents to classes, dinners, and parties, all as part of this magnificent event. Also taking part in the event are winemakers, sommeliers, distillers, brewers and bartenders that call San Francisco home.

Preview Events begin on Saturday, July 21 at 2 p.m. with the Eye on the Bay’s SF Chefs Preview Series: Sweet Inspiration. Presented by CBS 5 and the Center for Urban Education about Sustainable Agriculture (CUESA), guests can get up close and personal with some of San Francisco’s favorites chefs at the Ferry Plaza Farmers Market. Hosted by Liam Myclem of Eye on the Bay (CBS 5) and Foodie Chap (KCBS), the event will focus on stone fruits, such as peaches and plums. Pastry Chefs Francis Ang (Fifth Floor), and Luis Villavelazques (La Victoria Bakery), will be giving tips on how to incorporate these seasonal pleasures into sweet desserts.

Saturday, July 28 at 2 p.m. showcases the next Preview Event, the Eye on the Bay’s SF Chefs Preview Series: Fickle Pickle. Also presented by CBS 5 and CUESA, this event, again held at the Ferry Plaza Farmers Market will feature Wise Sons chefs Evan Bloom and Leo Beckerman, as well as Namu Gaji’s Dennis Lee. The chefs will offer affordable techniques for preserving and adding zing to your Farmers Market produce finds.

The next day sees the final Preview Event on Sunday, July 29 at 5:30 p.m., the SF Chefs Four Star Dinner. Presented by the San Francisco Chronicle and the Golden Gate Restaurant Association, and celebrating Michael Bauer’s Silver Anniversary, this event will feature the only nine chefs in the city bestowed with the San Francisco Chronicle’s coveted designation of four-stars. The featured chefs are Douglas Keane of Cyrus, Thomas Keller of The French Laundry, David Kinch of Manresa, Christopher Kostow of The Restaurant at Meadowood, Corey Lee of Benu, Roland Passot of La Folie, Daniel Patterson of Coi, Michael Tusk of Quince Restaurant, and Alice Waters of Chez Panisse. These nine chefs will come together for the first time to create one unforgettable evening of dining excellence. Hosted at Quince Restaurant, the nine-course menu will be paired with wines hand-selected by the restaurants’ gifted Wine Directors.

Parties abound during the week of the festival. Beginning on Wednesday, August 1 at 6 p.m., the first is hosted by Traci Des Jardins and presented by 7x7 magazine. A Celebration of Contemporary Mexican Restaurants, held at Mijita at the Ferry Building, will feature distinctive, flavorful twists on regional dishes from Mexico’s rich and diverse culture paired with Epsolón Tequila cocktails and music provided by a local mariachi group.

Thursday, August 2 at 4 p.m. sees the second featured event of the week, the Party with Pork at EPIC Roasthouse presented by The National Pork Board. Host chef Jan Birnbaum (EPIC Roasthouse) will showcase the diversity of pork at this party, while a star-studded line-up of chefs will create distinctive bites paired with cocktails from Campari America and Four Roses Bourbon, Trumer Pils beer, and wines from Rhône Valley Wines and Livermore Valley Wine Country.

The first party of the weekend, following the opening celebration of the Grand Tasting Tent on Union Square on Friday, August 3 at 10 p.m. is Steamed, Fried and Shanghai’d: The After Party at E&O. The official opening of the newly redesigned E&O Asian Kitchen is the setting of the opening night after party, where East meets West as SF Chefs parties into the night, Asian style. Late night bites from host chefs Arnold Eric Wong and Sharon Nahm will be paired with Asian inspired drinks from beverage director Carlos Yturra, while Chef/DJ Hubert Keller will be manning the turn tables, spinning jams that will have you dancing the night away.

Saturday, August 4 at 10 p.m. features the Late Night Cocktail Adventure presented by Campari America. The Clift Hotel is the venue of this evening of worldly cocktails and bites. Cocktail guides Tod Alsman, Brooke Arthur, Jacques Bezuidenhout, Chris Fogerty, Steven Liles, and Neyah White will be mixing up their own takes on flavors and trends from across the globe. This one of a kind after-party experience will take you around the world and back without ever leaving the dance floor.

At 7pm on Friday, August 3 is the opening celebration of the Grand Tasting Tent on Union Square. You won’t want to miss opening night. Historic Union Square will be filled with culinary delights from 30 of the city’s top restaurants, inventive handcrafted cocktails prepared by the City’s top mixologists, as well as the finest wines and beers provided by over 20 wineries and breweries. Joey & The Soul Peppers will be serving up the entertainment, playing rock and soul cover songs from the 1950’s on. Proceeds from the opening evenings gala will benefit the Golden Gate Restaurant Association Scholarship Fund.

Saturday afternoon’s Grand Tasting commemorates the abundance of goodness inherent to San Francisco living with a farm-fresh feast. The bountiful array of produce offered by Northern California takes the spotlight as chefs with a passion for farm to plate fare present an awe-inspiring selection of fresh, local and delectable dishes, paired with the perfect selection of wines, beers and spirits. While guests enjoy the feast, distinguished chefs and culinary experts flex their skill sets live on the demo stage. Saturday’s proceeds benefit the Center for Urban Education about Sustainable Agriculture (CUESA), operator of the Ferry Plaza Farmers Market. As night falls, the Grand Tasting tent transforms into a sensual and sexy affair. Fine wines and expertly crafted cocktails will flow as chefs, winemakers and mixologists mingle with guests. Don’t forget your dancing shoes, because the good times will roll late into the night. Proceeds benefit Meals On Wheels of San Francisco.

Classes and demos begin on Thursday, August 2nd at 10:30 a.m. at the Westin St. Francis with the Food Arts Industry Series: MonoArabica – Roots of a Blend with illy caffe Master Barista. Workshops run through the weekend and include classes and demos such as: Food Arts Industry Series: Channeling Scandinavia and Eastern Europe, The Eater Chef Challenge, Rhône Valley Spotlight on Côte Rôtie, 100 Years of Chardonnay, Test Your Wine Knowledge: Blind Tasting with Top SF Sommeliers & You!, Go Nuts for Donuts, Discover Portugal, Ethiopian Coffee Ceremony with Marcus Samuelsson: An espressamentè illy Event, and Prime Your Palate. The classes and demos conclude on Sunday, August 5th at 11:30 a.m. with An Exploration of Cabernet Sauvignon.

From the preview events of the week, leading up to the Grand Tasting Tent on the weekend, and including classes and demos covering a wide array of subjects in all fields of the culinary world, SF Chefs has an abundance of culinary delights and libations for San Franciscans and visitors alike. The nightly parties will keep appetites for food, drink, and dancing satiated, while the daily offerings will provide sustenance and flavors from across the globe for every taste. These events sell out fast, so if you plan on attending, do not hesitate, these are events all foodies will not want to miss.

Unusual Delicacies Around the World: Can You Stomach It? Parmigiano Reggiano Cheese CrisisSmoke on the Water...in Your Cocktail?Is Your Plate Half Full or Half Empty?Wine 101 More Articles ...