To Your Health Part 5: Get Some Sleep! 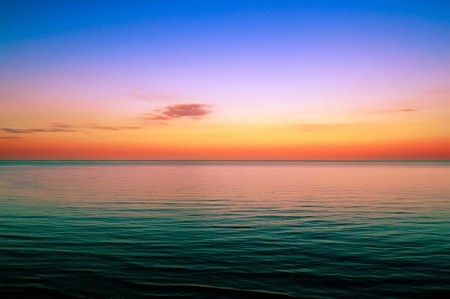 It has been a little while, but I am back and ready to share more tips for those looking to lead a healthier lifestyle. In case this is your first foray into the world of the “To Your Health…” articles, this series has covered the fundamentals important to weight management and general health. My first article addressed the importance of breakfast. Next, I addressed exercise. I then moved on to overall diet. The last installment dealt with beverage choice. With the big stuff out of the way, it’s time to get down to another aspect that people know they need more of, but tend to let get away from them, sleep. Sure, research supports the correlation between sleep and overall well-being, but everybody knows, few things top a good night’s sleep. Some of the benefits of getting enough rest on a night-to-night basis include weight management, alertness, sharper memory, and a stronger immune system. So let us look at how to get those precious hours of tender rest to make the most out of our waking day.

In this modern era, everything seems to be accelerating at a break neck pace. Technology strives to make the world smaller every day. People have more things to do in a day than there is time for, so with these clichés in mind, it is no wonder getting enough sleep is such a challenge. As technology has progressed, we have seen the addition of distractions in the bedroom. The television ushered in a wave of light emitting boxes, which now includes laptops, tablets, and cell phones. These devices, clinically proven to cause sleep disturbances, not only keep people awake due to their media, but they also throw out loads of blue light. New studies have shown a correlation between blue light emitting devices and a lack of sleep. Studies also have established that proximity increases exposure. That means the blue light from a large television ten feet away gives less exposure to a person than a small smart phone inches from someone’s face. Those conducting the research hypothesize that because blue light is prominent in sunlight, our biology associates blue light sources with daytime. With this in mind, it is no surprise that research shows that blue light alters our circadian rhythms; the biological clock affects the daily rhythm of many of our physiological processes.

On a primeval level, our bodies are set for bright days and dark nights. The last century has obviously seen the emergence of bright nights, and while we have psychologically acclimated to well-lit evenings, our physiology has yet to evolve to accommodate our advanced technology. An interesting statistic that illustrates the influence of technology on our sleep patterns, the average American has gone from an average of nine hours of sleep per night in 1910 to only seven today. That is more than 700 hours a year of sleep we are no longer getting. With this in mind, it is easy to see why so many of us are running a sleep debt. Detrimental health issues associated with not getting enough sleep include obesity, diabetes, high blood pressure, heart disease, depression, and a weakened immune system.

The amount of sleep recommended for adults by most experts is between seven and nine hours per night. This range can be viewed a sort of minimum/maximum. In other words, seven hours is the least amount of sleep an adult should get, while nine hours is the most. Keep in mind though that there is no magic number; a person’s sleep needs vary depending on the individual. Fewer than seven hours of sleep and the risk of under sleeping begins to creep up, while over nine hours is indicative of over sleeping. Both over and under sleeping are problematic for their own respective reasons.

On the other side of the spectrum is over sleeping. This is less common than under sleeping, and has ties to socio-economic standing. Generally, over sleeping is more prevalent in lower income households, but regardless, similar health issues are associated with over sleeping as well. Linked to similar health issues as under sleeping, issues such as heart disease, diabetes, obesity, headaches, back pain, and depression, over sleeping is clearly just as detrimental to one’s health. The most sobering statistic in regards to over sleeping is that multiple studies have found that people who sleep nine or more hours a night have significantly higher death rates than people who sleep seven to eight hours a night. Unfortunately, the correlation is unclear, but study after study supports this somber statistic.

Having established the negative aspects of both over and under sleeping, I would like to focus on how to get more sleep. It is clear that people are not getting the amount of sleep they once did. I have touched upon a couple of reasons why we are sleeping less, so I would like to move on to what this means in terms of a healthy lifestyle. When it comes to weight management, sleep is as important as a good diet and exercise. It all comes down to biology. There are a couple of hormones, leptin and ghrelin, that are instrumental in regards to one’s appetite. Leptin sends a signal when eating that alerts the brain that the body is full, while ghrelin stimulates appetite. When sleep deprivation sets in, leptin levels go down, so hunger pangs are not fully satiated. While leptin levels are dropping, sleep deprivation also causes ghrelin levels to rise. This means your appetite gets stimulated while your ability to feel full drops off. This imbalance also causes a desire for high carbohydrate, calorie-dense foods. The need to load up on high-energy foods during times of crisis in the days of old likely caused this evolution to our physiology. Fortunately, we no longer have to worry about saber-tooth tigers attacking our families, but our bodies developed to deal with those threats, so we need to work within the confines of our physiology.

When it comes to making time to sleep, I like to look at it like this; I spend eight hours at work each day. I should therefore make it a point to spend eight hours a day working on getting enough sleep. I know, easier said than done, but I do my best to be in bed at a reasonable hour knowing that I have to wake up at the same time every morning. This illustrates another point sleep experts like to make in regards to getting to sleep, bedtime routine. Humans, being creatures of habit, respond well to routine. Just like waking up every morning, going to bed at the same time every night sets a schedule for the body to be ready to sleep. Stick to this routine, and you will find yourself ready for sleep when the time rolls around.

It is quite simple really, set a bedtime, and stick to it. A good night’s sleep has the most health benefits when compared to any of the other articles I have written thus far, and is the easiest to get started with. We all sleep; it is just a matter of getting enough on a regular basis. Set up a routine. Once the routine becomes habit, the road to better sleep will be free and clear. Until next time, have a great tomorrow!