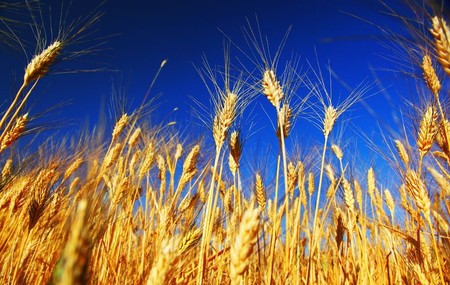 A decision made earlier this year by the USDA allowing farmers to grow genetically engineered alfalfa has sparked a new debate in the already sensitive organic farming community. Alfalfa, in addition to corn, is largely used as feed for dairy cows. While organic farming practices prohibit livestock from consuming non-organic produce, it appears genes from genetically modified crops are accidentally cross-pollinating with organic crops, raising the question whether or not cows fed the hybrid feed can still be called “organic.” This poses a threat to both consumer and environmental health as organic farming not only produces food with greater nutritional value but is also more sustainable.

Before addressing the issue, it is important to understand exactly what makes something qualified to be certified as “organic.” Dictionary.com defines it as “pertaining to, involving, or grown with fertilizers or pesticides of animal or vegetable origin, as distinguished from manufactured chemicals.” In addition to prohibiting synthetic pesticides and hormones, organic farmers will rotate crops each year to prevent soil (and therefore crops) from becoming contaminated by toxic products. This creates sustainable soil that can be used year after year as opposed to the soil that dies after overuse from growing the same crop on it for years. Loopholes in the USDA’s policies have caused farmer’s to call for stricter regulations on organic farming practices.

“We're one of the few industries that have actually asked for strict regulation," small farm advocate and Cornucopia Institute co-founder Mark Kastel said in an interview with AOL News last November. In the last few years many affirm that President Barack Obama’s undersecretary of agriculture, Kathleen Merrigan, has been working closely with the USDA to remove the loopholes and tighten up the more flexible terms allowing some farmers to work around true organic practices. For instance, they defined “access to pasture” to mean that cows must be allowed to graze freely at least 120 days of the year.

In some cases, however, these regulations are seemingly being challenged by the environment itself. Several conventional crops, like corn and soybean plants, are almost always injected with GMOs, or genetically modified organisms. Cross-pollination through wind is very common with corn, and often these stray genes will find their way into organic corn fields, mixing both genetically modified corn with the organic form. And thus the threat to organic crops that are contaminated by this cross pollination becomes evident.

So what does this mean for consumers? Is organic food really still better for you? According to Organic-Food-for-Everyone.com, research by a four-year study financed by the EU, among others, have shown that organic foods have “higher nutritional quality than non-organic” foods and that “organic production has positive effects… on nutritional quality and taste.” This means that the slightly higher price tag brings more than just simple nutrition, but also more flavor, which is certainly desirable.

Besides the improved health and taste benefits of organic foods, they are grown in a way that is more beneficial to the environment. The lack of pesticides prevents the depletion of nutrients in the soil, keeping it fertile and reusable for years. This is not the case with non-organic practices, for when the soil has been completely devastated of its nutritive properties forests are torn down to create more land for farming. Also, there are no harmful toxins to permeate into the rivers and nearby water supplies affected by chemicals as sometimes happens with conventional farming techniques.

So with all these factors to keep in mind, should you be going exclusively organic? There are no significant studies proving that conventional or genetically modified foods are harmful to your health. However, the use of genetically modified foods is relatively new and long-term effects of consumption are unknown. Will eating non-organic foods cause you extreme health problems? Probably not. But making wise choices in what you put in your body could lead to a longer, healthier life in the long run. For instance, foods that are likely to have high levels of pesticide residue or contain hormones are meat, dairy products, coffee, and fruits or vegetables with edible skin (think apples, peaches, celery, and bell peppers).

As the cross-pollination problem continues to grow, it is becoming increasingly difficult even for those farmers who follow the organic farming procedures exactly to keep their crops 100% organic. And when those contaminated crops are fed to livestock, does that make them or their products, like eggs and dairy, non-organic? If crops cannot be considered organic if they are even partially fertilized by GMO-injected pollen, then, according to the National Public Radio (NPR), there is very little organic corn left in the country. And if this is really the case, how do farmers prevent this from happening? The truth is at this point the problem remains unsolved. As of right now the appearance of GMOs in organic produce and livestock feed is only about one-tenth of one percent, meaning that no action to change what constitutes “organic” has been taken yet. But if this problem remains unsolved, long-term effects on “pure” organic farming could prove disastrous.