Inside Kabuto, the bustling atmosphere is centered around the sushi bar where lucky diners can watch their sushi rolls being made. Kabuto is known for some unusual spins on traditional sushi, such as the Foie Gras Roll, which places goose liver in the context of conventional sushi. Although the restaurant specializes in this traditional Japanese dish, there are also many options for those not interested in sushi. Kabuto’s dinner menu includes entrees that are grilled, fried, and even some that are best served cold. Special rice and noodle dishes such as the Tamago Zousul, a soup filled with egg and rice, offer alternatives to the traditional sushi or teriyaki entrees. If the long list of specialty sushi rolls and other entrees is overwhelming, Kabuto also offers guests a special tasting menu with some of their most popular rolls. Traditional teas and desserts offer a filling end to a meal at Kabuto. 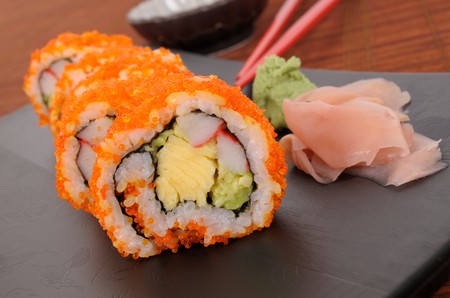