Coffee: It's Not Just for Breakfast Anymore 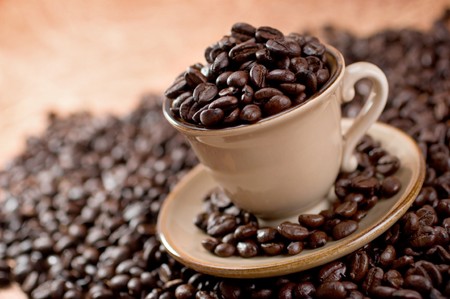 The constant movement of the 21st century person’s daily routine sometimes requires a necessary stimulant to keep the body moving. Its name is synonymous across the world, and with over 100 million Americans consuming this liquid stimulant on a daily basis, it has become one of the highest traded products, second only to another liquid asset, oil. While oil fuels transportation, coffee fuels the brain. Grown primarily in South America, Africa, and eastern Asia, the United States spends $4 billion importing this crop a year, and its average citizen spends close to $1000 a year to consume it.

Originating as early as the 15th century, coffee’s existence has been circulating in societies as a dietary supplement and cultural activity for over 700 years. The purity of its production contributes to its massive appeal. A coffee drinker can travel the world with security knowing they can find their daily fix in any country. The drink itself comes in many forms, and with many names. Mud, java, battery acid, and rocket fuel are only some examples of the extensive list of nicknames.

Coffee’s impact on civilizations affects both the individual and society as a whole. While some of the mental and physical benefits, such as increased energy, are well known, coffee has also been shown to reduce the risks of threatening illnesses. The collective effects on a society range from economic to social, with the creation of coffeehouses and the “coffee break” culture.

The greatest attribute coffee possesses is its caffeine content. Since the amount of caffeine depends on the type of coffee bean and preparation, each blend will contain its own stimulated effect. The average seven ounce cup of coffee contains between 80-130 milligrams of caffeine. With the average coffee drinker consuming two-three cups per day, that leads to almost 400 milligrams of caffeine streaming through the veins. The effects of the caffeine begin almost instantly, and it can turn the most sluggish individual into a perky person within the first few sips.

Researchers have been studying the relationship between the consumption of coffee and brain activity for over 30 years.  The results of these studies consistently show coffee drinkers perform better on short term memory tests and possess faster reaction times than non coffee drinkers. The attentiveness of the caffeine contributes to the productivity of its consumers, whether when a student craves the fuel to study for an exam or a worker needs to make it through a lengthy day.

Physically, drinking coffee as part of the morning routine can keep individuals active. The increased energy jolts the body into movement. Drinking coffee before a workout can lengthen the time spent working out, and propels the body to push itself harder.

Many health risks can be reduced by habitually consuming coffee. Due to coffee’s agricultural existence, it has been shown that daily coffee drinkers can lower their risks of diseases like Alzheimer’s, dementia, and Parkinson’s compared to those who avoided the drink. Also, cirrhosis of the liver can help be avoided by consuming multiple cups of coffee on a regular basis.

A 2011 study performed at Harvard School of Public Health found that those who routinely drank coffee were less at risk of developing terminal prostate cancer. According to the researchers, glucose metabolism and sex hormones in men are affected by the antioxidants present in coffee. By following 48,000 men for twenty years citing those who developed prostate cancer, the study found that those who consumed more than five cups of coffee a day were less likely to develop the cancer, and the least likely to develop the deadly strand.

It is not all positives with coffee though. The chemical compound of caffeine mirrors that of hard stimulus drugs, and its withdrawal effects can be brutal. Studies have attempted to identify links between coffee and harsher health risks, but no significant discovery has been made. However, the dependency on caffeine remains the most harmful adverse side effect. Any habitual coffee drinker knows without their cup of joe they become irritated, sluggish, and overall, not like themselves. Caffeine is known to be addictive, but the long term health benefits, as well as the immediate mental improvement outweigh the negative aspects.

Aside from the health benefits of coffee, its effects have an impact on life both economically and socially. Since the introduction of the beverage, society has seen the rise of the coffeehouse. “Let’s meet for coffee” still remains a common way to socially engage a business partner, potential mate, or reunite with an old friend. The setting of a coffeehouse typically relaxes guests more than a restaurant can, therefore creating a more casual interaction.

Historically, coffeehouses exist as a gathering place for intellectuals to share ideas, thusly enhancing the world of science, literature, and art. Political leaders of rebellions that later became revolutions met in coffeehouses plotting the overthrow of governments. Whatever the subject of the meeting is, coffee has been there to provide a setting for changing the future.

Today, coffee drinkers can get their daily dose of caffeine in the form of lattes, cappuccinos, americanos, and iced coffee among many other variations from all over the globe.  With the invention of the modern espresso machine in the middle 20th century, and the addition of flavors to enhance the taste, coffee’s appeal expanded to a broader audience. Those who feared the originally bitter brew welcomed the addition of steamed milk, syrups, and spices into their drink. Caffeine addicts surely appreciate the ability to add shots of espresso, which hold 100 milligrams of caffeine each, into milk to accelerate its productivity effects.

The popularity of these drinks contributes to the billion dollar revenue generated by the modern coffee industry. The creation of expensive machines and flavored creamers mimicking the flavors of popular drinks brought the coffeehouse into the home.

Available in virtually any form, in almost any combination, and in every country, coffee affects the lives of citizens globally. Its instantaneous as well as long term effects beneficially alter an individual’s physical and mental state, although dependency still remains a drawback. Relatively inexpensive in its original form, coffee remains a staple in morning rituals, after dinner habits, and social gatherings.