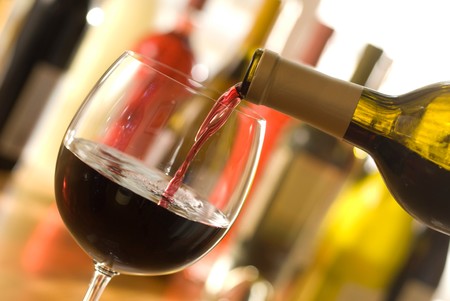 French cuisine has influenced the culinary world for centuries with its delicious cheeses, wines, breads, and extraordinary dishes. Restaurants, cafés, bistros, and boulangeries (bakeries) fill the streets of France, proving how seriously the French take food and eating. Unlike Americans, the French enjoy long meals with multiple courses and never take their coffee to go.  This makes for a different, yet refreshingly delightful, eating experience in France. One can sit for hours on the patio of a café facing the street and enjoying an espresso or an afternoon glass of wine.  Paris has often been viewed as the epicenter of French cuisine because of its easy access to regional and international cuisine.  However, there is still a lot more to discover in France’s other 21 regions.

In France, breakfast is usually light, consisting of a large bowl of café au lait- brewed coffee with steamed milk, toast, and jam.  This light breakfast makes lunch an important meal.  In the past, people took a two-hour lunch at noon to sit and relax with friends and coworkers. At a restaurant, a lunch prix fixe menu offers two courses, either an appetizer and main course or a main course and dessert. Many times a complimentary glass of wine or cup of coffee is included in the price. Now, with life becoming more fast-paced, people are starting to grab lunch to go and eating within the hour. Quick lunches include ready-made sandwiches from the bakery and hot savory crepes from the local street vendor.  Whether eaten fast or slow, lunch remains a vital part of the day in France.

Dinner usually begins between 7 and 8 PM and tends to last longer than lunch.A typical dinner consists of salad, meat or fish, cooked vegetables, bread, cheese, and fruit.Multi-course meals are served at restaurants consisting of an appetizer, main dish, and dessert. There is a commonly held stereotype that the French serve extremely small portions. In reality, this is not generally the case. If the portion size is small, it is because the food is prepared with a high amount of fat, making it very rich, or there are more than 3 courses being served.

Ending a meal with something sweet is thought to be a good way to create balance for the palate. The French have an affinity for chocolate and custards for dessert; thus, making chocolate mousse, profiteroles, crème caramel, and moelleux au chocolat- the velvety chocolate cake with an oozing ganache center- some of the most popular desserts. When eating at home, a pastry from a near-by pâtisserie is a pleasant way to end the day.  Some of the most common after dinner pastries are tarte tatin, fruit tarts, and various individual cakes.

Bread and pastries are also an integral part of the French diet. Every day the French stop by the local bakery to buy fresh bread for dinner.  The baguette is France’s most popular style of bread.  Since baguettes can go stale quickly, bakers try to bring out fresh baguettes every 4 hours. If lucky, a person can end up walking home nibbling on a fresh, piping hot baguette. Although white bread is the most common style, whole-wheat sourdough, seeded, and rye breads are available as well. Many bakeries also offer sandwiches, small pizzas, quiches, and salads, in addition to pastries and individual desserts.

Croissants, tarts, and éclairs are found across France, but there are many unique regional pastries. For example, the Basque region in the southwest creates one of the most delectable cakes called Gâteau Basque.  This sweet, buttery cake is dense and has a cornbread-like texture.  It is usually filled with either vanilla pastry cream or the local cherry jam.  In Bordeaux, the pastry shops offer the toothsome canelé- a mini, cylindrical, caramelized bundt cake with a custard-like interior. One way the French like to celebrate the winter holiday season is with candied and glazed chestnuts (marron glacé), which are a wonderful combination of soft, sweet, and savory.

In terms of French cookery, meat, poultry, fish, butter, cream, cheese, and wine are some of the most utilized ingredients. Pâtés, terrines, and foie gras are other common fare found at the meat shop and on many menus.  Each region of France heavily relies on local and fresh ingredients to create distinct dishes. In the southern province of Midi-Pyrenees, duck is typically prepared as confit (slowly braised and preserved in its own fat) and can be found in a traditional white bean stew called cassoulet.Normandy in the North is the land of apples and is the producer of the apple spirit Calvados, which is also used in much of the regions’ cuisine.Boeuf bourguignon, a beef stew made with red wine, hails from Burgundy, where they are known for their high quality beef.  The capital, Dijon, also uses its abundance of mustard seeds to make its famous mustard, aptly named after the city.

Provence and the Côte d’Azur differ from the rest of France because of the heavy reliance on olive oil, garlic, tomatoes, seafood, and herb blends. Some of the most well known dishes include the saffron infused seafood stew, bouillabaisse, and the vegetable mélange of ratatouille. Alsace also stands out because of the influence German cuisine has had on the region. Contrary to popular belief, sauerkraut originates from Alsace and is a standard side dish to this region’s hearty dishes of pork and potatoes.  The French pizza, tarte flambée, also flourishes in this area and is traditionally topped with crème fraiche, onions, and ham.

For many French people, wine is chosen to accompany their regional specialties. Wine has been produced in France for over 2000 years, most of it being red wine. The biggest wine producing areas are Bordeaux, Burgundy, Côte du Rhone for red wine, and Alsace for white wine. In the Northern regions of Brittany, Normandy, and Nord-pas-de-Calais the weather is too cold for vineyards; instead, they make cider and beer.While there are expensive and highly regarded French wines, the majority of wine produced is simple table wine.These table wines are inexpensive, but are still agreeable and delicious. Each wine region has a unique style that harmonizes with the flavors of the cuisine. For instance, the red wines from Bordeaux are prone to being fruity, tannic, and richly colored. These characteristics are considered a natural pair to the lamb and game found in the region. Brillat Savarin, a Frenchman and the first writer to study the connection between food and culture, explains how important it is to consume wine with food: “A meal without wine is like a day without sunshine.”

No matter which region, the cuisine of France has long been based on traditional cooking techniques and the dishes defined by strict guidelines.Until recently there has been no tolerance for experimentation in the kitchens of France. However, lighter, more health conscious dishes are more increasingly in demand and chefs are responding to these requests.  In addition, a surge of international restaurants and fusion cuisine is occurring in France. Modern French chefs are now taking bold steps to include dishes with influences from Asia, North Africa, and other European countries. More ethnic restaurants, such as Indian and Chinese, are popping up all over and are very popular with the younger generations. These changes make for an increasingly exciting time for both the diners and the chefs of France. It is certainly a trend that is worth keeping a watchful eye on.

Acai-What’s all the hype about?Overcoming Food Aversions: How to Become a Successful OmnivoreThe Global Environment, Fine Dining, and YouWine and Plastic Cups: Not a Perfect PairingServing Our Kids a Healthy Future More Articles ...