Overcoming Food Aversions: How to Become a Successful Omnivore 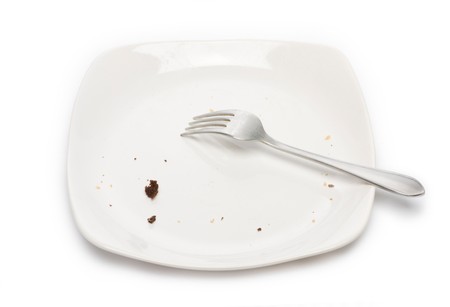 Although food preference can define the palate and contribute to an individual and discriminate sense of taste, food aversions can inhibit true gourmanderie and adventurous eating. This article explores the nature of food aversions, how they become ingrained through physiological and cultural responses, and the best methods for overcoming them.

How Do Food Aversions Develop?

While there is a biochemical source for food allergies, food aversions are typically learned.  Each individual may have their own food preferences governed by the particularities of their own palate, but food aversions, or food phobias, are the result of learned responses, either through culturally-enforced preconceptions or through negative past experiences.

The strongest motivation for the development of a food aversion is the association of a particular food with an illness experience.  If nausea directly follows the consumption of a particular food, it will forever be associated with illness in the mind of the consumer.  The food need not be the direct cause of the nausea: the association of stomach upset with food consumption is enough to condition the individual to experience a sense of revulsion when faced with the associated food.  This physiological response arose as a survival mechanism, protecting our ancestors from the toxic perils of an omnivorous diet.  With no limitations to this generalized and varied form of consumption, the survival of our species depended on nausea as a divining rod for food safety.  Although food safety is now overseen by government institutions like the Food and Drug Administration, our eating habits are still dictated by this learned response, resulting in the development and persistence of unnecessary food aversions and phobias.

Culture plays an important role in the development of food aversions.  Like the physiological response of nausea to toxic foods, the creation of cultural consumption doctrines also began as means for ensuring the safety of populations, transforming the physiological response into official credos to educate the group on food safety.  These cultural laws were also established as a means of creating group unity by differentiating one populace from another, and often, were imbued with value judgments.  Establishing a cultural norm for eating has led to very strong and highly specific cultural food aversions: one culture might eat horse meat, for example, while another culture might find the practice repugnant.  Another culture might view cooking with meat and dairy to be sacrilegious while another might base their whole culinary repertoire around the pairing.  In the worst cases, these cultural regulations on eating have been linked with concepts of civilization and barbarity, supporting problematic notions of cultural superiority and inferiority.  Although these aversions are as deeply ingrained as other cultural values, it is important to realize that there is nothing inherently bad or toxic about these different eating habits.  The fear of unfamiliar foods, developed through the physiological nausea response, has been cultivated by cultural practice, resulting in a diverse variety of food aversions.

Food aversions can also be dictated by different stages in human development.  Many children begin as picky eaters, with strong aversions to foods with specific textures or tastes.  These early food aversions are often outgrown, as children gradually acclimate to a more diverse diet.  Bitterness is one flavor that is dependent on acclimation: many children dislike bitter flavors, only later becoming habituated to the taste and enjoying beer, coffee, and other bitter foods and drinks.

Pregnancy for many women can be a time of heightened food aversion.  Pregnant women who experience this physiological phenomenon are often dismayed by the sudden transformation of previously-favored foods into objects of repulsion and nausea.  Scientists and medical professionals debate the pros and cons of the role of food aversions in healthy pregnancies: while some argue that food aversions may have arisen as a survival mechanism for ensuring fetal health by warning mothers away from potentially toxic or unhealthy foods, others argue that food aversion compromises maternal and fetal health by limiting the range of dietary nutrients.  For most women, pregnant food aversion is temporary, most likely governed by hormones that dissipate after the birth of the child.

Although Jeffrey Steingarten cheekily toyed with the idea of using brain surgery or medication to combat his own food phobias in The Man Who Ate Everything, he and other food experts advocate repeat exposure as the best tactic for overcoming a food aversion.  Regularly trying a new or despised food in small quantities, and in different culinary contexts helps demystify the food and introduce it to you in new, and potentially more pleasing circumstances.  There are a variety of ways for you to approach this method of treatment:

Dine out at a restaurant that specializes in your food aversion

Eating the food after it has been expertly prepared may cast it in a new light and reveal its hidden merits to you.

Perhaps it wasn’t the food itself, but the way in which it was cooked or prepared that made you cringe.  If you don’t like olives, try crushing them into a paste and mixing them with a sauce.  By experimenting with new recipes you might find a new appreciation for the food.

In addition to trying new recipes, trying another culture’s culinary perspective might help you overcome your dislike.  If you don’t like eggplant, try baba ganoush or eggplant parmesan.  Try different restaurants and recipes to find the right application for overcoming your dislike.

Explore different varieties of the food

It is possible that you could have an aversion not to the food itself but to a specific variety or the way in which it is sold or stored.  Try the food fresh from a farmer’s market rather than canned or frozen.  If you don’t like peas, try snow peas or sugar snap peas.  If deli meat makes you wince, try prosciutto or Serrano ham.

Consult with the butcher, staff at the cheese or deli counter, or produce worker in your local store to get advice on overcoming your food aversion.  If you dislike blue cheese, a cheese specialist might be able to suggest a less pungent cheese to help educate your palate.  If dark green vegetables make you queasy, a produce worker might be able to give you advice on different cooking techniques and milder varieties.

Overcoming food aversions takes persistence: it took Jeffrey Steingarten six months of repeat exposure to his various food phobias in a multitude of culinary contexts to finally overcome them all.  With an adventurous spirit and an unrelenting dedication you can take full advantage of the epicurean delights that surround us and, in Jeffrey Steingarten’s view, become a more successful omnivore. The endeavor may seem daunting, but it could potentially be a delicious and surprising undertaking.

Feng-shui: A Guide to Happy and Harmonious DiningAn Introduction to MushroomsPopcorn : The New Appetizer?Las Vegas Buffet GuideKeep It Chill For The Sake Of Your Health! More Articles ...