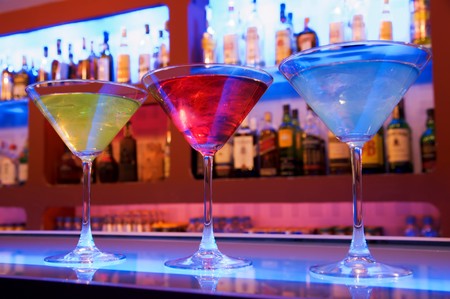 The original supper club era that began in the 1930s left a permanent mark on society. Past generations from the golden age of supper clubs relish the opportunity to relive that experience. Even generations thereafter starve for a taste themselves. Fortunately for supper club enthusiasts, restaurateurs are still making efforts to keep the phenomenon alive.

Before supper clubs emerged, prohibition roadhouses and underground speakeasy clubs were major social destinations for eating, drinking, dancing, and listening to live jazz. Prohibition, the national ban on manufacturing, selling, and transporting alcohol from 1920 to 1933, triggered a surge in the bootlegging business where gangsters controlled the market and designated roadhouses as safe havens for conducting business. The first roadhouses were prevalent in remote areas along the state highways of Wisconsin, Michigan, and Minnesota. Before long, roadhouses and underground speakeasies were widespread throughout the country; particularly in the cities, where numbers were in the thousands in New York alone.

Once prohibition ended, champagne flowed and Lawrence Frank from Milwaukee opened the first supper club in Beverly Hills. With alcohol legal again, supper clubs moved to more accessible locations. They had all the same components as roadhouses and speakeasies: food, drink, music, and dancing; but supper clubs were far more elaborate. They were grand Art Deco palaces offering the finest in everything -- outstanding service, entertainment, and classic American food. Frank's original menu included such favorites as prime rib, mashed potatoes, and creamed corn.

During the 1930s and 40s, the golden age of supper clubs, Hollywood royalty and high society frequented New York's famous Rainbow Room, Copacabana, and El Morocco. They enjoyed fine American cuisine and performances by some of the world’s best known jazz artists. Performers such as Louis Armstrong, Tony Bennett and big bands like the Tommy Dorsey and Count Basie Orchestras were known to make appearances.

The supper club scene prospered for 40 years until the 1960s. Times changed and business started to dissipate -- marking the end of an era. Many supper clubs closed permanently, but a few remain. The Rainbow Room sits atop the 65th floor at 30 Rockefeller Plaza and still offers a formal supper club experience in one of the most breathtaking settings around. Sadly, this supper club may cease to exist in a few short months. Just this year, the Cipriani family, who currently run the establishment, announced they would relinquish the Rainbow Room restaurant and banquet hall by August 1, 2009. The Cipriani’s fault economic challenges and a rent dispute with the landlord, Rockefeller Center Properties and Tishman Speyer, for the possible closure. Conversely, Rockefeller Center Properties sought out the Cipriani family in 1998 to run the Rainbow Room. The Cipriani's are famous for their impeccable service, outstanding Northern Italian cuisine, their world renowned Harry's Bar in Venice Italy, and for creating the ever-popular Bellini cocktail and Beef Carpaccio. Rumors are that once the Ciprianis vacate the premises, the historic site may be converted into office space. However, the landlords say they are looking for another restaurateur to keep the Rainbow Room open for business.

Over the last thirty years, restaurateurs in big cities abroad and in New York, Chicago, Los Angeles, and San Francisco have opened a number of retro supper clubs. Some challenge the theory that the global resurgence of swing dancing during the 1980s and 90s influenced the re-emergence of supper clubs, but it's hard to dismiss the linkage when both phenomena flourished during the same time periods. A few retro supper clubs from the 80s like Bix Restaurant & Lounge in San Francisco have been highly successful, but some have been less fortunate. Kimball's Supper Club in Emeryville, across the San Francisco Bay, was popular for a number of years and hosted several prominent artists such as Dizzy Gillespie, Herbie Hancock, and Eartha Kitt, but this establishment met a lesser fate.

San Diego has undergone some growth spurts with supper club-inspired establishments in the last few years, and so far locals have been very receptive. Restaurateurs for Anthology, Bing Crosby's Restaurant & Piano Lounge, and Schroeder's at Tango Del Rey have created something unique for San Diego. Ideally, this could, over time, put America's Finest City on the map as a hot spot in the supper club scene at large.

Anthology on India Street, a massive three level supper club in quaint Little Italy, opened in 2007, and has wowed patrons with its lofty interior, great live music, and New American Cuisine. The venue started as a Jazz club and now offers a variety of music by local and national artists such as Branford Marsalis, Pete Escovedo, and Alanis Morissette. Director of Operations Michael Miller says, "Programming is important so we decided to expand our offering beyond jazz music. Now we have Latin, blues, world, indie, and several other music styles. Our goal is to become San Diego's first choice for live music."

With their multi-million dollar sound system and spectacular views of the stage from virtually every seat in the house, Anthology will be among the local music venue heavies in no time. Working in perfect harmony with the music, the fine tuned menu feeds the soul and is well accompanied by a supreme wine compilation.

When Bing Crosby's Restaurant & Piano Lounge opened in Mission Valley last fall, people were instantly intrigued. The classic 1930s backdrop, plush booths, and mood lighting set the scene for what has made this restaurant celebrating film/music icon Bing Crosby so popular. Fine American cuisine is offered along with free entertainment in the piano lounge opposite the main dining area. A variety of artists perform including local favorites: jazz singer Sue Palmer and blues singer Nathan James.  Bing Crosby’s Restaurant Manager, Erica Murillo, shares, "We've had awesome responses from guests since we opened. They love the ambiance, the food, everything. The staff also plays a key part."

The menu consists of quintessential American dishes with contemporary nuances that appeal to a wide audience. Notables include the Grilled Filet Mignon with Black Truffle Demi-Glace, Banana's Foster, and the "White Christmas," a classic Kahlua and coffee prepared with Crosby finesse.

Schroeder's at Tango Del Rey in Pacific Beach is the latest addition to the supper club scene. This two story showplace, visible from the I-5 South near Garnet, was owned and operated by Tablao Flamenco, a popular dinner theatre establishment from 1983 - 93. For almost two decades, the venue sat unoccupied until just recently. The producers/business partners of Schroeder's at Tango Del Rey, Tom Warren and Sher Krieger of SMGO Productions, borrow the name Schroeder from their colleague, renowned musical director/composer and cabaret performer Todd Schroeder. Although, Warren says, "We're not using the word 'cabaret' in the venue as much, we're saying we have 'intimate vocal performances' so people understand what it is. If we just say 'cabaret,' they think it's either Liza Minnelli or some strip show."

Traditional cabarets, which started in Paris in 1881, were intimate venues where entertainers would often interact with their audience; this is the setting you can expect at Schroeder's at Tango Del Rey. Cabaret Nights are held on Saturday's and feature different themes each week such as music of the 1930s and 40s or contemporary Broadway musicals. Weeknight entertainment themes include Salsa Night, Open-mic Night, and Live Jazz Night.

The venue offers simple American food fare nightly along with Argentine wines and specialty cocktails with rare imported spirits. Most significantly -- Schroeder's at Tango Del Rey is open late night -- the long awaited answer to a calling from those of us who love to eat, drink, and be entertained into the wee hours.

There's no question -- cities need after-theatre destinations and convenient dinner/entertainment alternatives that appeal to patrons of all ages. Supper clubs help facilitate that need. As long as we know that the supper club audience exists, restaurateurs have an incentive to keep the scene going. Supper clubs everywhere, including San Diego, have the potential for a long prosperous existence, making it an exciting time to observe how the supper club scene progresses in the years to come. What's important is that supper clubs today stay true to their unique identity, maintain a consistent public presence, listen to the wants and needs of their patrons, and keep those loyal patrons for life. As for the patrons themselves: visit more than one supper club establishment. You'll discover that each experience is never the same.