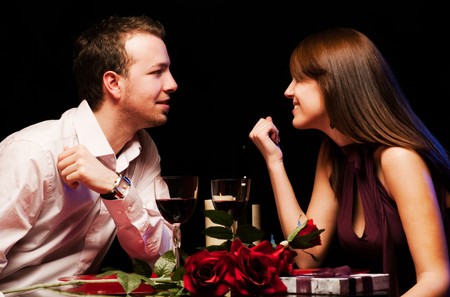 Not long ago was the age of the high profile food critic, a time when the opinion of one influential character on the scene shaped the food conscience of an entire city – and sometimes the nation. Enjoying celebrity status in cities like New York, Chicago, San Francisco, and Los Angeles, these intensely attuned and refined palates tasted their way across menus and cultures, keeping score as they went. And while these giants of epicurean delights continue to maintain a stronghold over the foodservice industry, the dawn of a new breed of gastronomic authority has arisen: the food blogger. These self-proclaimed lords of fodder have typed their way to the top, permanently altering the food writing genre and profession. Some argue that the bourgeoning art of food blogging has finally democratized the process, putting the average eater’s experience at the forefront where it belongs; and others lament the butchering of a time-honored profession by any amateur with internet access. Has this fundamental shift in the way culinary critiques are composed and disseminated bridged the gap between restaurants and their patrons, or has it created a chasm by which true journalism is lost to virtual diary entries? And if, indeed, such a divide exists, is there a way to find neutral ground where quality food writing may also be approachable and relevant to all palates?

Is a blog a log floating in a bog?

Before we investigate the impact that food blogging is having on the larger food writing scene, we must first understand what blogging is and how it functions within the realm of mass communication. The word “blog” is the contraction of the term “web log,” and refers to a popular type of website that presents a chronological listing of entries – these entries may include commentaries, narratives, images, and videos. Usually maintained by individuals, blogs allow fairly intimate and singular information to be shared with a potentially grand-scale audience. Wikipedia notes that “A typical blog combines text, images, and links to other blogs, Web pages, and other media related to its topic. The ability of readers to leave comments in an interactive format is an important part of many blogs.” Besides being able to publish writing free of censorship or scrutiny by mainstream media outlets, there is great appeal in receiving real-time feedback from readers. Many times, an entire network of related blogs is established that links individuals with common interests, ideas, and principles, thus weaving the social fabric of the blogoshere. And this is exactly how the food blogging phenomenon has transcended cult status to become the popular platform it is today.

Every major city in this country is the subject of at least one food-centric blog highlighting not-to-miss dining destinations and pass-on-by tourist traps. For visitors and locals alike, these insider tips are indispensible tools that often lead us in the direction of truly good eats. In New York City, for example, Dave Freedenberg was the reigning king of culinary adventures in 2009, chronicling his triumphs on his blog, “Famous Fat Dave: The Hungry Cabbie.” Dave meticulously categorized his gastronomic findings and favs by borough, neighborhood, and cuisine, for readers to peruse… and drool over. Profiling countless off-the-grid, budget-friendly eateries, Famous Dave’s blog is one of many such sites to attract an ever-growing audience of hungry enthusiasts.

Set your sights on the West Coast and your friendly neighborhood search engine might just lead you to a magical place called Hedonia! Occupying a privileged spot in cyberspace, this City by the Bay-based blog was started by and for San Franciscans. “Hedonia; Eating, drinking, and living the good life in America’s most hedonistic city, San Francisco,” is stocked full of informative and entertaining food fodder by Sean Timberlake, supplemented with mouth-watering photography by DPaul Brown. And while the site’s cornucopia of archived entries is impressive, the accompanying blogroll (a list of links to other blogs) of recommended sites is simply gluttonous. It seems the honorable creed of “share and share alike” has found a practical application in the survival and success of blogs worldwide, illustrating how symbiotic relationships in Cyberspace can propel a movement into a standard.

Another wildly popular online resource for food news and reviews is Yelp. Touting the motto, “Real people. Real Reviews.” Yelp is an interactive directory of sorts where visitors may research everything from local Irish pubs to pediatric dentist offices. Relying primarily on user reviews and comments to either endorse or hinder the popularity of its restaurant listings, Yelp utilizes many of the same characteristics that make blogs so appealing. However, behind the façade of transparency and user-friendliness is a murky entanglement of suspicion and doubt. Many business owners and past Yelp employees are beginning to come forward with claims that Yelp is functioning on extortion techniques to scare company listings into buying advertising on the site. In her article for the East Bay Express, “Yelp and the Business of Extortion 2.0,” Kathleen Richards describes how a number of businesses have been approached by Yelp to purchase advertising in exchange for the suppression of negative user reviews – which in some cases were written by Yelp employees. Legal action pending, it seems sites like Yelp help make a case for professional food writers doing a professional job.

Yes, you disliked that dish, but can you tell me why?

As new trends are set, though, old traditions are tested. With the growing popularity of recreational blogs and public online review message boards like Yelp, fewer people are relying on the strictly stylized, professional critiques that once dominated the field. In his article “Everyone Eats… but that doesn’t make you a restaurant critic,” for the Columbia Journalism Review, Robert Sietsema discusses the proud history of food criticism in America, and how food blogging threatens to undermine the integrity of the institution. He explains how figures like Craig Claiborne of The New York Times set standards by which to conduct and grade restaurant reviews, streamlining the process to be as consistent and objective as possible. With the onslaught of amateur palates hitting the food scene publishing every hasty opinion as it comes, however, the truly noteworthy voices are being lost in the mix. Sietsema notes, “More than ever, diners could use a reliable critical guide. But where once there were a few dependable voices who reviewed restaurants based on a common set of professional standards and strategies, there is now a digital free-for-all.” He adds, “This profusion of voices is often touted as a wondrous blow for democracy, a long-overdue rising up of the masses against the elitist overlords of the culinary realm…  I’m all for everyone having his or her say, but when it comes to cultural criticism there is a strong case to be made for professionalism and expertise.” In Sietsema’s opinion, criticism is not and should not be a democratic process – it is a specialized practice that requires the skills of a disciplined professional.

For every great argument there is an equally intriguing counterpoint; Fernando Gros (creator of the culture and art blog “Fernando’s Corner”) argues against Sietsema’s main points in a two-piece entry entitled “The Future of Food Blogging.” Gros attributes the conflict between food critics and foodie bloggers to the larger discussion of “legitimate” journalism vs. blogging in general. He explains, “As print journalism has struggled to maintain sales… blogging has not only retained its footing, some bloggers have managed to gain access to privileges that used to be reserved for mainstream journalists. Not surprisingly, this has created a backlash.” In response to Sietsema’s claim that professional food critics offer higher quality, objective content to their readers, Gros adds, “A common fallacy is to suggest that such writing can only arise from the ranks of paid professional writers. Very little contemporary and popular food writing exhibits this kind of craft… Just because a blogger is not a journalist does not mean that they don’t bring professional training and experience to the topics they write about.” In the end, Gros concedes that both schools could use some training: “I see great food writing in some journals, like the New York Times and New York magazine, but closer to home the quality drops dramatically. There are some really informed food bloggers out there, but that is rare and I don’t see many food bloggers from outside the food industry choosing to educate themselves with serious reading or professional courses.” From this closing thought, the reader is left to consider that neither preoccupation is infallible; both schools of writing have serious shortcomings to contend with before they may claim superiority over the other.

Can we start eating yet?

It seems the battle between food blogging and professional criticism has only just begun. Many will continue to suggest that the exponential popularity of personal blogs and public message boards reflects our eagerness as a society to reject so-called elitist critiques for more authentic, democratic means of communication. Conversely, there is no denying that the stringent, thoughtful guidelines for professional food writing have been permanently altered by a flood of low quality and high opinionated blog posts. No matter which side of this savory argument we take, everyone may find consolation in the fact that such a passionate discussion is born from a welcomed and widespread interest in good food. We here at Restaurant Agent Inc. strive to couple the finest aspects of both professional food criticism and personable food blogging to give our readers the most comprehensive and objective restaurant reviews possible. By soliciting the work of local, enthusiastic foodies that can wield a pen as well as a fork, we encourage each review to be packed full of useful information and personality. After all, in the quest for great food writing, no ingredient should be left out.

An Introduction to MushroomsUnusual Delicacies Around the World: Can You Stomach It? Who to Trust: the Blogger or the Critic?Pork Belly: Fab or Fad?Healthy and Sustainable Fish Choices More Articles ...