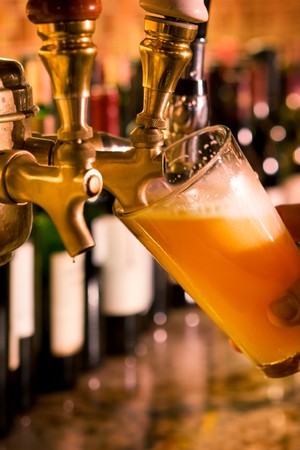 Mentioning German food to an American typically conjures up images of bratwurst, sauerkraut, and beer-filled steins. Yes, it is true that pork and beer are thought by many in Germany to be healthy staples that make for stronger workers; however, there is much more to German cuisine than this simple picture. Germany has a long culinary history reflecting its rural roots and geography.

The structure of meals is consistent throughout Germany. Waking up to a German breakfast, or frühstück, is one of the joys of being in the country. The day begins with fresh rolls from the local bakery (or soft pretzels in the south), various cold deli meats, soft-boiled eggs, mild sliced cheese, jam, butter, and of course coffee. Hot sausages are sometimes served, the most famous being weisswurst (white sausage) from Bavaria, which consists of veal, pork, lemon, and herbs. Weisswurst is exclusively a breakfast sausage -- it is considered blasphemy to eat one past noon in Bavaria -- and has a unique light, fluffy texture. Although breakfast is substantial, lunch is always the main meal of the day and is similar in portion size to an American dinner. It is a hot meal usually consisting of a protein in the form of meat or fish, a typically potato-based starch, salad, and sometimes a cooked vegetable. Unlike in the US, the German dinner called abendbrot, meaning “evening bread,” is modest and served cold. The meal includes thinly sliced bread, deli meats, cheeses, and vegetables.  If traveling in Germany, traditional hot dishes can be found at restaurants, along with cold platters for dinner.

Some common ingredients in German cuisine are spring white asparagus, potatoes, cabbage, radishes, mushrooms, gherkins, pork, game, and fish. All of these varieties taste and look different depending on the region they are found in. The people in the north tend to eat more fish and seafood because of their access to the beautiful Baltic and North Sea coastlines, and the influence of Scandinavian cuisine.  The eel soup specialty of Hamburg blends the flavors of the north using onions, meat stock, dried apples and pears, carrots, asparagus, parsley, ham bones, and whole fresh eel. Central Germany is the agricultural heartland of the country, and produces oats, potatoes, rye, and beets; meat stews and a wide array of potato dishes are embraced in this area. The Rhineland’s classic sweet and sour dish, sauerbraten, is an example of Central German cuisine. After marinating for days in wine and vinegar, the beef is sautéed with vegetables, apples, gingerbread, raisins, and beet syrup, and then braised for almost two hours. It is then served sliced with a reduction of meat juices, diced apples, and potato dumplings. Southerners are lovers of pork, salad, and their version of pasta, spätzle.  Many dishes like the schnitzel and apple strudel that are thought to be Bavarian actually originated in Austria.  Maultaschen, a Swabian favorite, shows how far a German will go to eat pork: To conform to the strict dietary rules of Good Friday, people covered a mixture of pork, herbs, and vegetables with pasta. The rationale behind this German version of the ravioli was that God wouldn’t be able to see the meat.

Bread and pastries are definitely not forgotten in Germany.  In a quintessential bakery and pastry shop, there are layer cakes filled with marzipan, fruit, cream, and chocolate; fresh rolls bursting with pumpkin and sunflower seeds; and trays of buttery cookies. German bread has an earthy taste, and is typically dense due to the addition of rye flour. Northern and central Germany traditionally uses a higher percentage of rye than in the south because of the lack of wheat, with the most famous example being the dark, sticky, 100 percent rye pumpernickel. The average German citizen eats almost two pounds of bread per week, explaining the ubiquitousness of bakeries and the 300 varieties of bread found throughout the country. Cakes tend to have multiple layers and are artfully decorated; yet, they are still light, not overly sweet, and have wonderful flavor. Two perfect examples are the Black Forest cake and baumkuchen. The Black Forest cake, from Baden-Wurttemberg, consists of delectable layers of chocolate sponge cake, whipped cream, and cherry filling topped with swirled puffs of cream, cherries, and a mound of chocolate shavings. The northeastern region of Saxony-Anhalt is the home of one of the most extraordinary cakes in Europe:  Baumkuchen (meaning “tree cake”) is made using a batter lightened with meringue and flavored with cardamom, clove, and the reminiscently vanilla-flavored Tonka bean. The batter is applied 13 times to a wooden roller spinning over an open flame, creating concentric circles simulating tree rings. After the last layer is finished, the cake rests for one day and white or chocolate icing is applied. With all these tempting treats, it is not unusual to find Germans flocking to the local konditorei (pastry shop) to enjoy something sweet in the afternoon.

The drink of choice for most Germans tends to be beer. Bavaria is by far the most well known region for beer, and boasts 965 square miles of alluring green fields of hops that contribute to the distinct taste and aroma of great German beer. They also have their own unique cloudy beer called hefeweizen, or wheat beer, due to the abundance of wheat found in the area. A favorite pastime of many is sitting in a beer garden beneath the shade of trees, on a wooden picnic bench, sipping a liter of the refreshing golden drink while enjoying a plate of fresh bread and deli meats. Pilsner, a pale lager, is the most popular style in Germany, with most towns brewing their own version. Beyond that, there are many other varieties of beer including Dusseldorf’s hoppy altbier; the sweet, high alcohol content maibock to celebrate the beginning of spring; and the malty marzen found at Oktoberfest.

Beer is not the only alcoholic drink available in Germany. The Romans introduced wine to Germany over 2000 years ago, and it is still predominately produced in the southwest. This area of Germany has a cold climate that makes white grapes more common because they do not require the long growing season and exposure to sunlight that red wine varietals need. The Riesling grape originated in the Rhineland Palatinate region, and is the most common varietal made into wine. Central Germany, in particular Frankfurt, produces crisp apple wine, which at 5-8.5% alcohol is similar to the cider found in northern France and the United Kingdom. Since the colder weather of northern Germany does not allow for wine production, local schnapps, or hard liquor, is more commonly consumed. Also, in December Germans warm up with a ceramic mug of red wine spiced with clove, anise, and orange peel, called glühwein, amidst stalls of handmade ornaments and the intoxicating scent of roasting nuts at the annual Christmas markets.

Despite the younger generations’ shift towards fast food and international dishes, traditional cuisine still thrives in Germany. Even vegetarian options at restaurants are now available due to the increased awareness of health issues. Modern German cuisine also fuses with other cultures, especially of neighboring countries and Italy, opening up new opportunities for flavor creativity. Overall, the 16 regions of Germany offer endless combinations of flavors and dishes that only begin to satisfy the appetite.