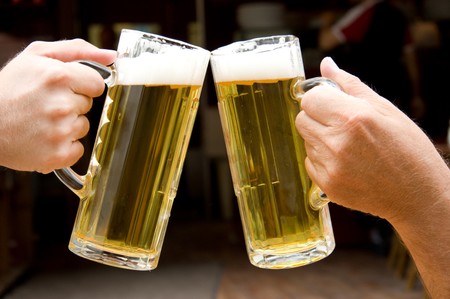 Here’s a fascinating beer tidbit. Since the Pennsylvania “Beer Revolution” — a state-wide battle to make beer laws more lenient — officially began in February 2010, it’s become easier than ever to take-home beer from your favorite local watering hole.  Among the most recent Pennsylvania establishments adopting the take-out beer license — Grace Tavern in Philadelphia. According to an article in the Post-Gazette.com earlier this year, “Many taverns and restaurants in the state do have ’R’ licenses allowing them to sell one or two six-packs at a time.”

The rationale for more restaurants acquiring the ’R’ license – since prohibition, the state of Pennsylvania has enforced laws that prevent grocery and conveniences stores from selling alcohol.

Grocery and convenience stores striving to overturn the ban on alcohol sales in their places of business are also trying to send a strong message that they endorse responsible drinking and are committed to creating a safe and desirable environment for their patrons.

Some serious beer enthusiasts have pressed the issue with so much gusto; even the Pennsylvania Food Merchants Association created its own Beer Drinkers “Bill of Rights” – an initiative designed to provide:

The public is also encouraged to join the beer brigade by signing the Better Beer Laws Campaign petition via sixpacktogo.org.  For now, beer drinkers across the state can at least cheer to that!