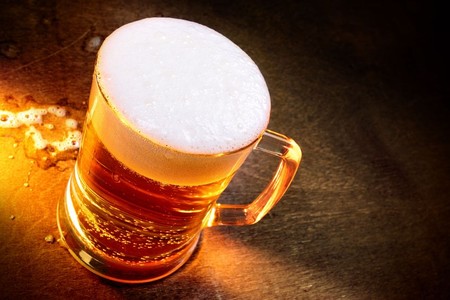 Over the last fifteen years the United States has experienced increasing interest and growth in craft beer and brewpubs. These are small, independent and traditional breweries that produce less than 2 million barrels annually. Craft beer has thrived during a period in which the three largest American breweries have sold large portions of shares or merged with foreign investment groups. Anheuser-Busch, Miller Brewing, and Coors have shown steady declines in beer sales though they still dominate the industry. Additionally, despite a struggling economy, San Diego County's breweries are brewing more beer and employing more people than ever. This fits in with the national trend for craft breweries, which saw an 11 percent increase in sales in 2010, according to the San Diego Union Tribune.

Craft breweries are a relatively recent concept, having been legal in California since 1976. The first microbrewery in California opened in Sonoma County and has since grown to over 1,400 establishments nationwide as of 2006. San Diego's craft brewing culture began a little later with Bolt Brewery opening in 1986. San Diego now supports some of the industry leaders and innovators, including Stone Brewing Co., Karl Strauss, Gordon Biersch, and Alesmith Brewing Co. However, brewing is nothing new to the county.

Several prominent breweries were located in San Diego as early as 1872. The National Prohibition Act of 1919 put many of these breweries out of business and nearly all of those in the nation. The only brewers that managed to survive were those with large national distribution chains. They were able to produce other products like industrial alcohol and non-alcoholic beers. In 1933 prohibition had been recognized as a failure and the "Volstead Act" was repealed.

With so many closures during prohibition the industry suffered many setbacks, and began a slow rebuilding process. Nationally the number of breweries had dropped from over 1,500 breweries before 1919 to only 33 following prohibition. These trends continued as by 1980 the industry had consolidated 84 percent of its sales to the three major national breweries, Anheuser-Busch, Coors, and Miller.

This success was short lived. At the beginning of World War II large national breweries began expanding by buying out small local breweries. They furthered their strangle-hold on the markets by contracting local bars and liquor stores to sell their products exclusively. Additional changes to the markets desire for bottled and canned beer, the interest in imported beer, increasing taxes, and stricter industrial and food laws all spelled the end for San Diego Breweries with Altes Brewing Co. (formerly Aztec Brewing) closing its doors in 1953.

Craft brewing was revived in 1978 with the legalization of homebrewing. In 1982 new legislation had been introduced at the state level that made it possible for the brewpub to be born. Small amounts of home-brewed beer and wine were now allowed to be distributed to consumers directly from the brewer at an eating establishment operated by the brewer. This allowed craft beer makers to create independent and local markets for their products.

San Diego has risen from these humble beginnings to become one of the country's most notable beer destinations. The county is home to over thirty breweries, now one of the highest concentrations in the nation. This allows the county to host several annual beer festivals featuring its local products. The City Beat Beer Festival kicks off in April, the Real Ale Festival hosted by Pizza Port Carlsbad is in April; the San Diego County Fair International Beer Festival is held in June at the Del Mar Fairgrounds; Stone Brewery hosts the Stone Sour Fest in July, and the San Diego Festival of Beer in Downtown San Diego is in September. The World Beer Cup was held in San Diego's Mission Valley in April 2008 and will be held again in 2012 for commercial breweries, distinguishing San Diego as an international beer hub. The 33rd annual Homebrewers Convention was held for the first time in San Diego in June and invited local brew masters and CEO's to speak to the network of homebrew enthusiats. These international and domestic festivals have attracted visitors and locals alike, further developing San Diego's beer community.

Beer festivals have been a great place to showcase local breweries. San Diego's Breweries have gained notoriety over the last ten years, notably collecting awards at the World Beer Cup and Brewer's Association Great American Beer Awards. A national trade group recently recognized Karl Strauss and Stone Breweries as two of the top fifty craft breweries in the nation. In both the national and international brewery arenas, San Diego continues to gain renown as a location for high quality craft beer production.

San Diego brewpubs, which helped launch San Diego's beer interest and craft beer revival, continue to support local beer culture, offering approachable and appealing environments for featuring San Diego brews. Oggi's Pizza and Brewing Company, Coronado Brewing Company, and Pizza Port's Solana Beach and Carlsbad locations, are examples of the wide variety of brewpub options in San Diego, gaining as much recognition for their food as for their unique brews. Many of these environments are family friendly allowing you to dine and drink without having to make a special occasion of it.

The increasing visibility, popularity, and demand of these brews has led to huge increases in production. Many small local breweries expect to, at minimum, double production in the upcoming year. Stone Brewery recently announced a $26 million dollar expansion of their brewing facility in Escondido and plans to open a second restaurant in Point Loma in the near future. Stone is at the vanguard of what the craft brewing movement can achieve. With ever increasing production and popularity of both their beer and restaurant they seek new ways to satisfy their customers. Global interest has grown to the point where they hope to be the first U.S. brewery to open facilities in Europe. Also, the success of their restaurant has allowed them to take over a local organic farm, in which they hope to produce and supply their restaurant needs.

San Diego breweries and their surrounding neighborhoods have established closely-knit communities of beer connoisseurship. Products from almost any local brewery can be found at restaurants across the county. La Jolla Strip Club goes out of their way to feature local beers with all but one of their draft selections being devoted to nine local breweries. Urban Solace also has a handful of draft and bottle selections available that promote some of San Diego's smaller breweries, like Airdale and Lost Abbey Brewery. Local bars like O'Brien's Pub, the Tap Room, the Ritual Tavern, The Linkery, Hamilton's, and Blind Lady Ale House feature a wide selection of local brews, and frequently host events featuring limited release local beers.

With award-winning local breweries thriving, San Diego is a premier destination for beer enthusiasts. Sampling the brews across the county is a great way for visitors and locals alike to experience a different side of San Diego. Breweries are increasingly creating more complex beers that can match renowned wine vintages and pair with the most savory of fare. By participating in San Diego's craft beer community, people are united as members in the emerging beer vanguard and support the local food movement.

Serving Our Kids a Healthy FutureWine CounterfeitingWine and Plastic Cups: Not a Perfect PairingWhat Not to EatLas Vegas Celebrity Chefs More Articles ...