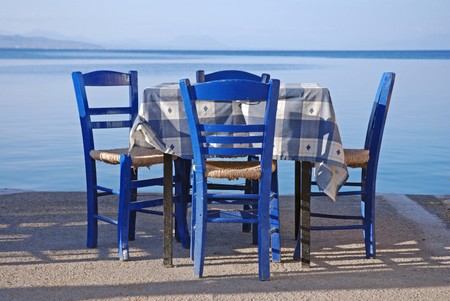 In recent years the term “Slow Food” has popped into a multitude of food blogs and articles, but its growing popularity has also spawned criticism. Negative press continues to slate the slow food movement as elitist—a frivolity reserved for upper-crust citizens that have the time and money to worry about the integrity of their food. I decided to dig deeper to investigate Slow Food’s history and progress to see for myself if the criticisms have merit. To my surprise I discovered the positive influence that the proponents of slow food have had on American’s attitude about food. The organization has grown to have an international presence in the food world, bringing people from all walks of life together over a shared passion for quality food.

I was aware of the general goals of slow food, but I looked to their official website to educate myself on all things Slow Food. A formal definition of “Slow Food” is necessary to have a clear view of the organization’s history and future. “Slow Food” is formally defined on the Slow Food website as “an international grassroots membership organization promoting good, clean, and fair food for all.” In 1986, Carlo Petrini founded the organization in protest to the opening of a McDonald’s in Rome. The movement continued to grow; and in 1989, Slow Food became an international campaign aiming to protect traditional foods and agricultural biodiversity across the globe. In an interview with Time Europe, Petrini stated the mission of slow food: “to defend products and producers.” Offering an explanation of the mission, Petrini argues that without good producers there are no good products. His call for better production practices and better products is not a revolutionary mission—but it is one that many can identify with and aspire to achieve.

More and more people have adhered to the teaching of “slow food” because it makes sense, especially to the food world. Chefs want to cook with the freshest ingredients possible from producers that they can trust. Some chefs have taken it upon themselves to grow the produce for their dishes by starting kitchen gardens. According to Slashfood.com, more than one third of the nearly 2,000 chefs surveyed by the National Restaurant Association picked kitchen gardens as the top trend of 2010.The Slow Food Organization continues to expand its influence—it now has a publishing house, sponsors an annual taste fair in Turin, Italy, and presents critical reflections and essays including Petrini’s “Manifesto on the Future of Food”. Slow Food even has a university--the University of the Science of Gastronomy, solidifying its growing impact on the world and most importantly on how people think about food. Slow food has become much more than just a media power house, it has literally transformed entire cities.

Cities across the globe are implementing Slow Food practices and teachings into the fabric of their communities. Called “Cittaslows”, these cities go through a rigorous process to be awarded the title of Cittaslow. Eligible to apply upon invitation by the International Slow Food headquarters, applicant cities must have populations that are less than 50,000 people. Eligible cities are then evaluated in six topic groupings and 54 areas of excellence including sustainable agricultural practices, land use and infrastructure, environmental policy, support for local food cultivation and preparation, conservation of traditional artisan products, and local involvement and participation in City Council and the local Slow Food chapter (slow food website). The city of Sonoma is the first city in the United States to qualify and be recognized as a Cittaslow, followed by Fairfax and Sebastopol. Die-hard slow foodists celebrated the formation of Cittaslow Sebastopol and Cittaslow Fairfax at the International Cittaslow Assembly in Seoul, Korea, on June 26, 2010. With its establishment in the United States, the presence of slow food will only continue to grow as more cities make the necessary changes to become a Cittaslow. Although Slow Food has had grassroots expansion, it has made a name for itself in popular media due to its many celebrity proponents.

One of the movement’s most famous and controversial protagonists is Alice Waters. Her time abroad in France helped to shape her love of food; and in the 1960s, her experiences as a student activist at University of California, Berkeley developed her fierce determination to succeed no matter the resistance she faces. Despite the long list of accomplishments under water’s belt – including her famous restaurant Chez Panisse, and many cookbooks-- Waters continues to rub some Americans the wrong way. Many consider Waters to be self-righteous and elitist. Despite others’ opinions, she is undoubtedly passionate about her food and the ingredients that go into every dish at Chez Panisse.

Waters has evolved into much more than a chef dedicated to quality ingredients; she has become a food activist. She established the Chez Panisse Foundation in 1996, which “supports an educational program that uses food to nurture, educate, and empower youth.” Waters has truly made a name for herself by transforming the Berkeley Unified School District’s lunch program in 2005 by providing a grant to the district to hire Ann Cooper as the Director of Nutrition Services. Cooper eliminated nearly all processed foods in the district. In the coming years, The Chez Panisse foundation strives to develop a variety of tools to help districts across the country change their school meal programs and be used to inform policy discussion at the local, state, and national level.

Slow food has its fair share of critics that raise legitimate questions about the effectiveness and feasibility of the movement. Many critics agree that slow food tastes better, but industrial farming is the only way to economically feed a global population. According to Time , organic farming yields “ less per acre than standard farming, which means a worldwide Slow Food initiative might lead to turning more forests into farmland.”On the local level, critics assert that buying organic is not economic for families because it is simply too expensive. While these points are important to consider for the future of the movement, the influence of growing popular support cannot be denied.

The influence of celebrity chefs like Alice Waters is palpable with the current political climate regarding the diet of Americans, further helping to make slow food mainstream. This was exemplified five days after Alice Waters sat down with CBS News for an interview in June 2009. In the interview, she mentioned how she hoped to get the White House to start a garden; and the white house did just that. Michelle Obama started a garden on the South Lawn of the White House—planting organic herbs, fruits, and vegetables. The symbolism of this garden was a huge step for the slow food movement, demonstrating that the Obama administration values healthy eating and production practices. The Obama administration continues to take steps to promote healthy eating through Michelle Obama’s campaigning to end childhood obesity.

The nation’s First Lady and celebrity chef Jamie Oliver, both proponents of slow food, have spent 2010 campaigning to stop childhood obesity by championing healthier lunch options for children and teaching parents and their kids healthy eating habits. While Michelle Obama has been speaking around the nation to spread awareness of childhood obesity, Jamie Oliver has been challenging Americans to think differently about what they eat, in his television show “Jamie Oliver’s Food Revolution.” Both are staunch advocates for healthier school lunches for children and programs to teach kids and parents how to select and cook nutritious and sustainable meals. The campaigning of Slow Food supporters has finally paid off with recent developments in Washington.

The United States Congress has finally decided to take action and give children higher quality school lunches. On December 2, 2010 Congress passed The Child Nutrition Bill, which according to ABC News, pledges 4.5 billion dollars over 10 years to child nutrition programs. The bill also increases the reimbursement paid to schools by the federal government for free meals provided to children, and expands access to school lunches and after-school meals. This marks the first time in over 30 years that Congress has increased funding for school lunch programs. It seems that the call for healthier food is being heard in Washington, and it is thanks to organizations like Slow Food and its supporters that the issues of food quality and nutrition are brought to the forefront of politics.

Slow Food has set the stage for reform of the nation’s eating habits by giving its supporters the opportunity to make their voices heard and get their hands dirty by becoming involved in local slow food chapters. The movement strives to educate people about food and its integral role in society. Whether you agree or disagree with its teachings it is here to stay and only time will judge its effectiveness.