Unusual Delicacies Around the World: Can You Stomach It? 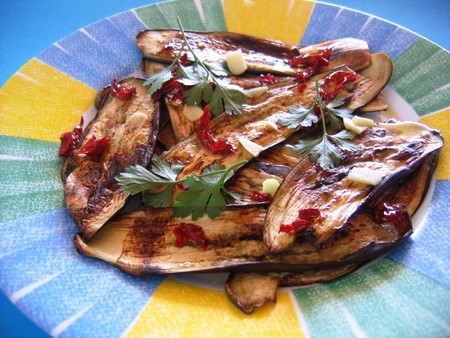 Foodies worldwide are constantly looking for their next culinary fix. A true foodie won’t hesitate when approaching a new dish, but what if the dish is deemed taboo in certain countries and a delicacy in others?  Would you let your inhibitions take over your once-in-a-lifetime chance to try one of the world’s rarest delicacies?  Let’s first examine some of these unusual dishes that span three continents of culture, their rich conventions, and prized culinary surprises. You might gasp in shock and awe, but remember, some eaters can’t get enough of these unconventional delicacies.

10.  Durian – Have you ever come across a fruit that smells bad—So bad that upon taking a whiff of the fruit’s aroma, the smell conjures up images of rotten garbage spoiling in the height of summer?    The durian, a fruit found in Southeast Asia and known as “The King of Fruit” or better yet as “a taste of heaven, but smells like hell,” has produced many reactions to the effect of its flavor and smell.  Though pungent, this edible fruit is locked inside a hard shell that when ripe, peels back its layer of encasement and brings to light the soft custardy-texture of the famous fruit.  So strong is the distinctive odor of the durian that the fruit is prohibited from entering the premises of some establishments in Southeast Asia, such as hotels, subways, airports,and public transportation.  How’s that for stinky?

9.  Bird’s Nest Soup – One of the world’s most expensive dishes is this Chinese delicacy.   Bird’s nest soup is a 400-year-old dish whose main ingredient is extracted from the limestone caverns at Gomantong and Niah in Borne.  The White-nest Swiftlet, also known as the cave swift, builds their nests using saliva.  These saliva-nests are prized in China and Southeast Asia for their nutritious value and are a basic component in the Bird’s Nest Soup recipe.  Hong Kong and the United States are the largest importers of the bird’s nest.

8.  Balut – This definite shocker of a dish is a common delicacy in the Philippines, so much so that it is hawked on the streets like the street vendor hotdog.  In the Philippines, these street vendors peddle the balut -- a duck egg with the fetus partially developed, inside -- usually when the eggs are between 17 to 20 days old.  The balut is savored first by sipping the broth surrounding the embryo before the shell is peeled aside and the yolk and chick are eaten.  Taboo in most Western countries, the sight of a balut will turn even the strongest stomach.  If you have an open mind and stomach, the balut is not only known as a popular aphrodisiac from the Philippines, but it is also believed to be a nutritious snack with various health benefits.  So if you don’t mind the sight,  taste, or textures of this uncommon snack,  the balut may be right up your alley.

7.  Fugu – Rarely do you come across a dish that is so deadly it can kill you before you even digest it!  Fugu, the Japanese equivalent to blowfish or pufferfish, is served raw and prepared only by a highly-trained and licensed sushi chef. One wrong move by the chef could result in the eaters’ paralysis and respiratory failure.   Many people attempting to digest this dangerous dish are definitely in it for the thrill.  Relatively bland, the fugu doesn’t compare to some of the more delectable dishes that the Japanese have to offer—but if you’re a thrill-seeker, this is the dish you’ll be dying for, hopefully not literally.

6.  Snake Wine – A bizarre Vietnamese delicacy, snake wine is believed to possess medicinal qualities.  This alcoholic beverage that is believed to cure everything from farsightedness and hair loss to impotence, is prepared and served by first slitting the snake’s belly and then draining the snake’s blood into a vat of rice wine.   The snakes are preferably venomous.  Often times served in shots, the still beating heart of the snake is sometimes included.  The meal ensues with the cooked snake meat served on a platter for guests.  The next time you’re looking for a really strong drink, consider this to a vintage Italian wine—if you’ve got the guts.

5. Casu Marzu – In most countries, anything with writhing worms in it would be considered rotten and be disposed of as quickly as possible.  But in Italy, the delectable yet rotten casu marzu is considered a rare delicacy.  Casu marzu, which could be safely eaten in July and August, is a type of rotten cheese called the Pecorino cheese that is left outside so that the Piophila fly, or cheese fly, can lay its eggs onto the cheese.  Once this process is completed, the casu marzu will be swarming with hatched larvae, whose digestive acids will produce the soft, creamy texture the casu marzu is distinctively known for.

4.  Monkey Brains – Highly regarded in China as a cure for impotence, monkey brains is a dish that most people won’t be able to stomach the mere idea of, never mind snacking on this one-of-a-kind meal.  Immortalized in the movie “Indiana Jones and the Temple of Doom,” the brains are served raw inside of the monkey’s skull. Should you choose to do what the zombies do, be wary because any consumption of monkey brains will put you at a very high risk of contracting dangerous forms of encephalitis.  Don’t say you weren’t warned.

3.  Hakarl – This Icelandic dish may bring terror to the masses and grown men writhing to their knees.  The hakarl is the Icelandic term for fermented shark. Though shark can be a delicacy for its plump juiciness, this dish renders the opposite.  Preparation involves beheading and gutting a Greenland or basking shark and placing it into a shallow hole where sand and gravel covers the remains. Large stones are placed over this “gravesite” in order to press all of the shark’s body fluids out.  The shark usually ferments within 6-12 weeks, and the resulting taste has been described both as unbearable and disgusting.  Definitely an acquired taste, it is recommended that beginners not try this Icelandic delicacy, for the strong taste and smell may dissuade them from trying anything new ever again.

2.  Sannakji – For some picky eaters, being forced to eat boiled octopus could be the worst possible punishment ever.  But the octopi these eaters are being forced-fed are cooked.  In Korea, some diners have developed a stomach so steely that they will eat the octopus while it is still alive .  Known as the Sannakji, this dish consists of small octopi plucked from the tank and placed in front of diners.  Another dangerous dish, the live octopus are prized for theirtentacle suctions that create a pleasing sensation in the inside of your mouth.  But be forewarned, sometimes these tentacles can get lodged into your throat, grasping the very life out of you.  So to make sure this doesn’t happen to you! Next time you’re getting ready to sample your dish, make sure it’s not alive first!

1.  Civet Coffee – At around $75 USD for 100 grams, civet coffee is probably the most expensive coffee around the world.  An Indonesian treat also found in other Southeastern Asian countries, civet coffee has an odd method of brewing this high-class beverage.  The name, civet coffee, comes from a cat-like animal called the civet.  The civet is fed the coffee berries, and once digested; harvesters collect their prized droppings, which are then brewed to make one of the most expensive cups of Java around!

If this list hasn’t deterred you from trying any of the dishes mentioned above, you can find most of these delicacies like the balut and durian in a regular Asian grocery store.  The rest like civet coffee and the fugu come with a price.  Whether you’re in it for the thrill or the health benefits, these one-of-a-kind delicacies will satisfy your hunger for seeking some of the world’s most unusual food fares.  Although tasting any of these delicacies would be a rare treat, make sure your mind and stomach are in the right place once you do locate these unique items—the strain of trying to stomach them may be as trying as the effort to place these rare foods.