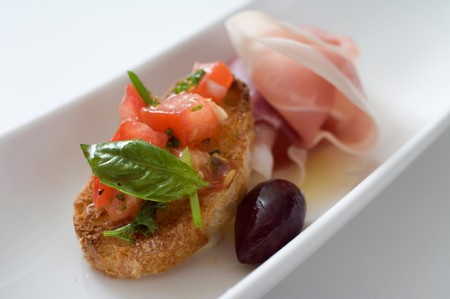 Remember how Mom gave you endless hugs and kisses, chauffeured you back and forth to practices and play dates, and the home cooked meals she lovingly prepared? This Mother's Day take the special woman in your life out to one of Dallas' many fine restaurants to show her your love and appreciation.

Enjoy the contemporary French cuisine at the upscale Bijoux restaurant in Northwest Dallas, named one of the "10 Hottest New Restaurants in America" by Bon Apetit. Their menu always reflects fresh, seasonally available ingredients, and Mother's Day is no exception. Check out their menu HERE.

Charlie Palmer at the Joule

Located inside an extension of the former Dallas National Bank building in Downtown Dallas, Charlie Palmer at the Joule features contemporary American fare that offers a twist on the classics. Frequent Today Show contributor and acclaimed Chef Charlie Palmer has constructed an exclusive Mother's Day menu for $55.00 per person, which can be found HERE.

Wolfgang Puck's Dallas restaurant Five Sixty offers spectacular views of the city from atop the famed Reunion Tower, a landmark in Downtown. Five Sixty will be offering a Mother's Day Brunch pre fix three-course menu laced with Puck's trademark Asian influence for $49.00 per person, and $19.00 for children under 12.

Found on the 27th floor of the Hilton Anatole in Downtown Dallas, Nana's American cuisine is a work of art, just like the Russian painting the restaurant was named for. This Mother's Day join Nana for a Champagne Brunch at $79.00 per person and a three-course children's menu for those 12 and under. Click HERE for the menu.