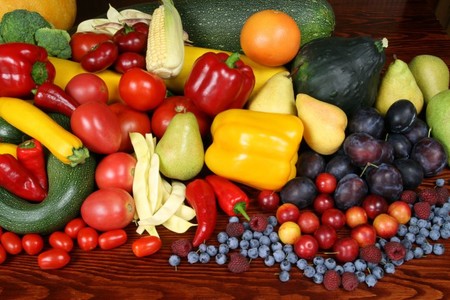 If you have been keeping up with my “To Your Health” series, and following the suggested tips, you are well on your way to a healthier life. If you are working the parts systematically, you have started with a good daily breakfast, and you have begun exercising. Depending on where you were when you started, and how your physiology responds to what I have outlined thus far, the weight has either been falling away with a quickness or you’ve only slimmed down a couple of pounds. Do not be discouraged if you are in the latter camp, as long as there is an improvement, the important point is that there is a decrease in body mass. If you have been following the plan, and reaping the benefits, I would like to commend you on a job well done. These two pieces in the puzzle of leading a healthy life are important, but it is time to get down to the nitty gritty: diet.

A word people love to hate, the “diet” I am referring to is not some trend in eating that you will try for a few weeks, grow weary of, and quit. When I say diet, I mean what you eat from day to day, every day. If you struggle with a weight problem, you are probably not eating well, and you are more than likely aware of this fact. I know, it’s a vicious cycle, that’s why I’m writing this series. I’m not going to lie to you. If you like food loaded with salt, sugar, and fat, adjusting your diet is not going to be easy. The reason behind all the extra weight you are carrying around is all of the salt, sugar, and fat. I know, it tastes good, but it is also extremely detrimental to your overall well-being.

I’m the kind of guy that my doctor says everyone should strive to be like. Well, at least from a health stand point. I’m 6’, 2” tall, and my weight ranges between 155-160 pounds depending on how hydrated I am. My doctor tells me that if I weren’t so athletic, he’d be worried since I have the blood pressure of a ten year old boy. When I shop for clothes, and complain how difficult it is to find something that fits, the clerk will invariably tell me that I’m lucky to be built the way I am. If I’m so lucky, why can’t I find anything long and slim, Mr. Smart Guy Salesman? The truth of the matter is; it’s not luck. I live a lifestyle that many people simply do not. So what’s the secret? There is no secret; all it takes is an adherence to three basic principles: willingness to change, a touch of discipline, and a goal.

I know a guy with a bit of a weight problem. To his credit, he exercises, but his workouts haven’t yielded any major weight loss. His major issue is that he has not changed his eating habits, and that is where the problem lays. Exercise cannot be ignored, it helps keep the metabolism burning strong, but diet is far more important when it comes to weight management. The concept of running a caloric deficit in order to lose weight is foreign to him. He uses the days he works out as an excuse to have a slice of pizza to go with his burger and fries. This is not a good diet.

When I decided to change my diet, I weighed 175 pounds. While I was far from being outside of a healthy weight bracket for my height, I knew that eating a burrito or two a day was not a nutritious way to satiate my hunger pangs. I began eating oatmeal (outlined in part 1) for breakfast, instead of nothing. Lunch became reasonable sandwiches made of sprouted whole grain breads, vegetables, and turkey or ham instead of a carne asada burrito. Dinner went from pizza or a carnitas burrito to egg white omelets with onions, tomatoes, and avocado; baked chicken breast with quinoa, or when on it’s on sale, steak and a salad. The weight began to fall off, and my goal of winning a cycling State Championship was not only within reach, it was obtained. By the end of the season, I had secured two titles.

Losing weight and maintaining a slim figure is relatively straightforward. If you eat simply, you will avoid putting on pounds. Public enemy number one when it comes to body mass is processed food. I am obscenely strict when it comes to what I eat. I only eat something if I know what it is. That means nothing out of a box, bag, and least of all, fast food. Unless I know the ingredients in a dish, I will not eat it. I can be a bit of a pest, as when I am invited to eat somewhere, I invariably ask what is in it. Some people understand right away, while others get defensive. To those on the defense, when I explain my guidelines, they generally understand. I avoid sugar at all costs, so I would rather skip a course if there is sugar added, no offense to the cook. If I look at an ingredients list to a food item, and it reads like a chemistry set, I skip it. If that means missing a meal, I have accepted that fact. I know from experience, it is better to go hungry than eat garbage. It is not as if I will starve if I miss a meal, and I always regret eating poorly.

Just so you know that I’m not a complete monster, I eat Häagen-Dazs and chocolate bars from time to time. I admit that the chocolate I eat is 85% cocoa, which many people wouldn’t really consider a candy bar, but if I am not mistaken, I have already mentioned my penchant for bitter foods. As far as the fancy ice cream is concerned, I tend to stick to the stalwart Vanilla and Chocolate. I sometimes venture to Vanilla Bean if I feel extra adventurous. What I like about Häagen-Dazs, besides the taste and texture, is a quick glimpse at the ingredients reveals a simple list of between five and seven ingredients, depending on the flavor. An indulgence, without a doubt, but one I can happily live with.

In this vain, the occasional slice of pizza or French fry will likely not derail all the work you have put forth. Having already revealed humanity behind the facade of an excercise and diet machine, let me say that even I have one day a week where I enjoy traditional Mexican food. While delicious, chicken molé, spicy pork, rice, beans, and tortillas are not exactly healthy. What this does allow however is a break in routine in order to recharge my discipline. The knowledge that I can splurge once a week helps keep me focused on eating well the other six days.

Having established that I am human after all, I have one more thing I’d like to recommend, raw fresh fruits and vegetables. I was in the middle of eating a bell pepper the other day when I came to the grim realization that I am a borderline raw foodist. This was disheartening in that I do not align myself with vegetarians or vegans. I eat all forms of protein, but only one or two times a week. While it is possible to eat too much of anything, you would be hard pressed to eat too many vegetables. The sugar in fruits can add up pretty quick, especially with bananas, grapes, and tangerines. Nevertheless, unless you are eating these fruits exclusively, you shouldn’t run into any problems.

That’s it. It really isn’t that hard once you get the proverbial ball rolling. It is a daunting task until you get into the groove, I will grant you that. The key to a successful change is you just have to find what works for you. If you don’t like carrots, don’t eat them. I like avocados, and I eat three a day, when they are in season. I eat tomatoes, onions, and bell peppers, all raw. I can imagine you rolling your eyes right now, but I enjoy these things, so it’s not a big deal. Find a healthy alternative to your current dietary input that you enjoy and eat it. It’s as straightforward as that. The next article in the series will touch upon the importance of beverage choices. Until then, have a great tomorrow!