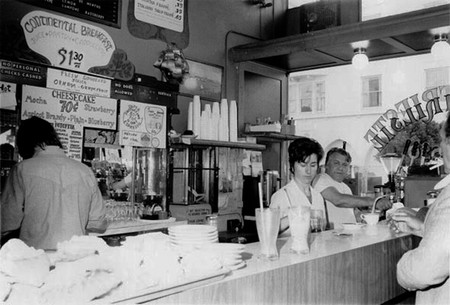 San Francisco's fruitful culinary history could fill volumes of books. As such, this comprehensive overview is designed to provide a satisfying taste of how social change has helped shape this region’s culinary framework to date. An appropriate place to start is with the latter half of the 18th century, when the first Spanish arrived.

It is hard to fathom now that such a vibrant city was once a Redwood forest. In 1775, when the first Spanish settlers arrived from Mexico, once referred to as ‘New Spain,’ the region was home to the Yelamu tribal group of the Oholone Indians. Since the cuisine we now know as Mexican was already evolving in New Spain between the Spanish and indigenous tribes in that region, culinary fusion continued to evolve wherever the two cultures crossed -- in this case the Bay Area. Many types of fruits, vegetables, and nuts were cultivated by the Yelamu people; and fowl, game, and seafood were plentiful. Mint herb also grew abundantly, thus inspiring the Spanish to name the region Yerba Buena. Common ingredients in the integrated Spanish and Native American diet were maize (corn) and chocolate. Popular dishes included carne asada (grilled steak), salsa, and fideus with shellfish.

When Mexico acquired its independence from Spain in 1821, Yerba Buena became a major player in world trade. Growth in the region’s import/export business triggered an onslaught of skilled international tradesmen to settle in the area. Imported goods such as tea from China, tobacco from Cuba, and coffee from New York-based coffee roasting companies were hot commodities. The exporting business was equally as lucrative; Yerba Buena's abundance of seafood and marine mammals such as sea otter and beaver (hunted for their fur) left much to be desired by countries like Russia and Britain. Unfortunately, these animals are now on the verge of extinction after years of being over hunted. Olympia oysters were also a chief export among states on the US Eastern Seaboard, but the oyster species is also near extinction due to water pollution and over-harvesting. Now, marine experts are looking for ways to resuscitate the Olympia oyster species in Pacific coast waters.

Dungeness crab is found all along the West Coast from Alaska to Mexico. In 1848, when the local commercial crab industry took off, the Bay became a major hub for Dungeness crab as it was the only seaport where Dungeness crab was marketed regularly in such mass quantities. In the late 1800s, three to four medium-size crabs were sold for a total of $0.25. Today, crab sells for roughly $8 per pound  retail. After two centuries of fishing in the Bay and the catastrophic 1971 Pacific oil spill contaminated these waters, Dungeness crab in San Francisco Bay is now scarce. For these reasons, local fisherman honor the sustainable fishing model by going crabbing outside the Bay, along the Pacific coast.

During this time of hard industrious labor, most people ate simply and heartily, consuming lots of proteins and starches. And the extent of restaurant options was a few dining halls and saloons. When the Gold Rush started in 1848, Yerba Buena was re-named ‘San Francisco’ and visitors from Europe, China, Australia, South America and beyond came pouring in with visions of gold in their eyes.

As quickly as infrastructure went up, so did cultural diversity, which led to the formation of cultural districts. Portsmouth Square, the nine blocks surrounding Montgomery Street, was at the epicenter of the new bustling city. This central part of town was San Francisco's risqué Red Light District -- also known as the notorious Barbary Coast — where vice, gambling, thievery, and bigotry ran rampant. The only permanent residents in this area at the time were the Chinese community as most buildings in Portsmouth Square were gambling-houses, boarding houses, and brothels. Lawlessness consumed the city for a time, as lawmakers were easily bought. Restoring civility in the city then started around 1850, when vigilante's took matters into their own hands by ridding the town of criminals themselves.

San Francisco's first restaurants and bars opened in Portsmouth Square. Among them were "The Roaring Gimlet" and "Every Man is Welcome" saloons, along with the infamous El Dorado House (a bar and gambling hall) and the Iron House — one of the neighborhood’s more fashionable dining establishments. The cost of a hearty meal at a restaurant like the Iron House would range from $2 to $5 a person. Some upscale dishes of that time were curried sausage, baked trout with anchovy sauce, bread pudding, and mince pie. Restaurant food among more common folk consisted of dishes like clam chowder, boiled mutton, and pig's feet.

During the Gold Rush, French cuisine was considered the food of the wealthy. Those who struck it rich in gold frequented Le Poulet d'Or in the French Quarter at Belden Place -- a narrow one-block alley between Chinatown and the Financial District. Today, Belden Place is home of the popular French

restaurants Plouf and Cafe Bastille. Also in the neighborhood is Le Central on Bush Street. Called the city’s “First French Bistro,” Le Central has been serving up traditional French comfort foods such as cassoulet and onion soup gratinée since it opened in 1974.